In 2016 Ihor Palytsia’s Foundation “Tilky Razom” expanded activities and moved to a regional level. The Representational Offices of the Foundation were opened in every district centre of Volyn region. They have become some kind of platforms for negotiating on projects and citizens’ initiatives. During the period of their activity, Volynians together with the Foundation managed to implement several hundred projects. Liuboml Comprehensive School Nr. 3 can show the results of successful cooperation – they have already implemented two projects aimed at the improvement of the educational process.

Liuboml Comprehensive School Nr. 3 is the biggest in the district. More than 500 pupils study there. Next year this educational establishment will celebrate its thirtieth birthday. Inasmuch as government funding of educational institutions leaves something to be desired, it is not strange that the school has many problems. The roof needs to be repaired; windows, pipes and boiler need to be changed, most of the furniture is aged and does not meet requirements. The school administration and parents look for different ways to improve the educational process at school.

In autumn an initiative group consisting of eleventh-graders’ parents together with the Foundation implemented a project on wood window replacement in the classrooms where their children study. Having estimated the advantages of such cooperation, the parents of sixth-graders have decided to look to the Representational Office of the Foundation for help. The key problem was of uncomfortable desks and chairs, which were of the same age as the school.

The chairs didn’t measure up to the pupils’ height. Children said that they were afraid to sit on them, because they could have fallen to pieces at any time. Some parents used to bring chairs from home so that children could feel more comfortable.

“We have collected all necessary documents, have written a project. Though, it was difficult, all parents gave the money, because it was for the benefit of our children, – Halyna Dychko, a member of the initiative group says. – Very many thanks to Larysa Solomyianiuk, a Head of the Representational Office of the Foundation, who advised us and helped with the project implementation.” 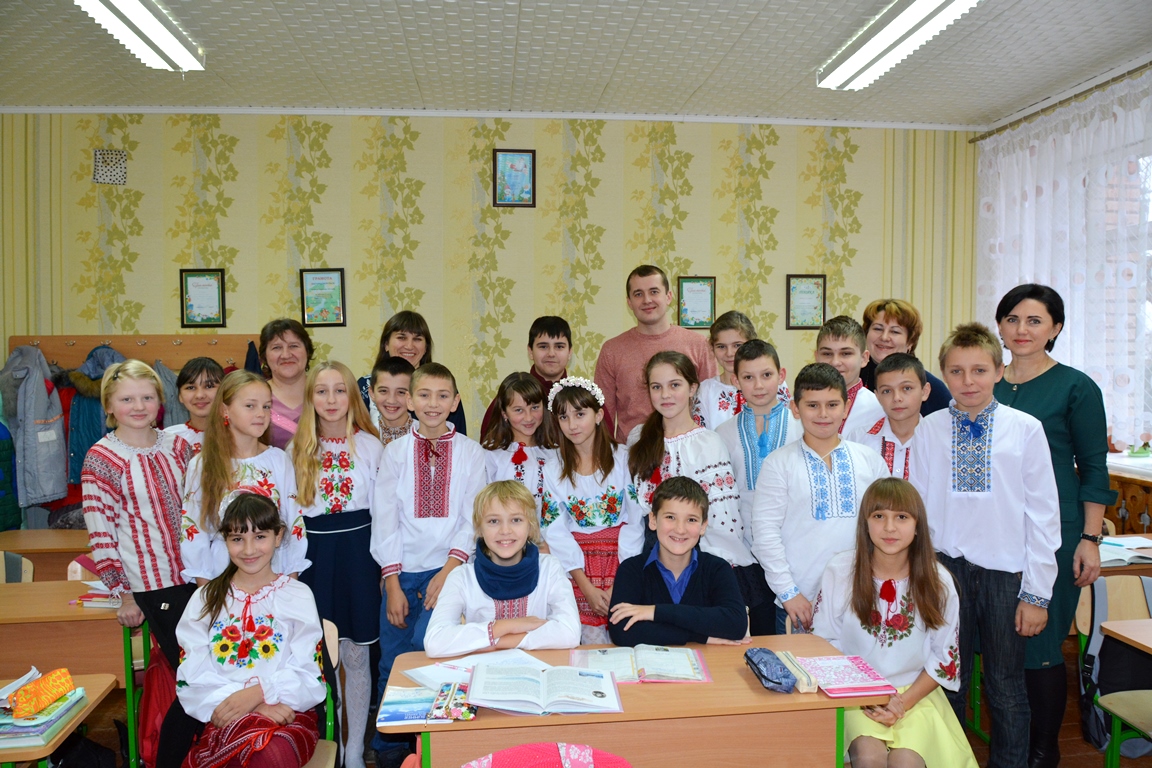 The parents have monitored the market, equated the prices and found saving alternative. In terms of co-financing, 12 sets of chairs and desks were bought. New furniture will be used till the children finish school, because the desks can be adjusted to a child’s height. 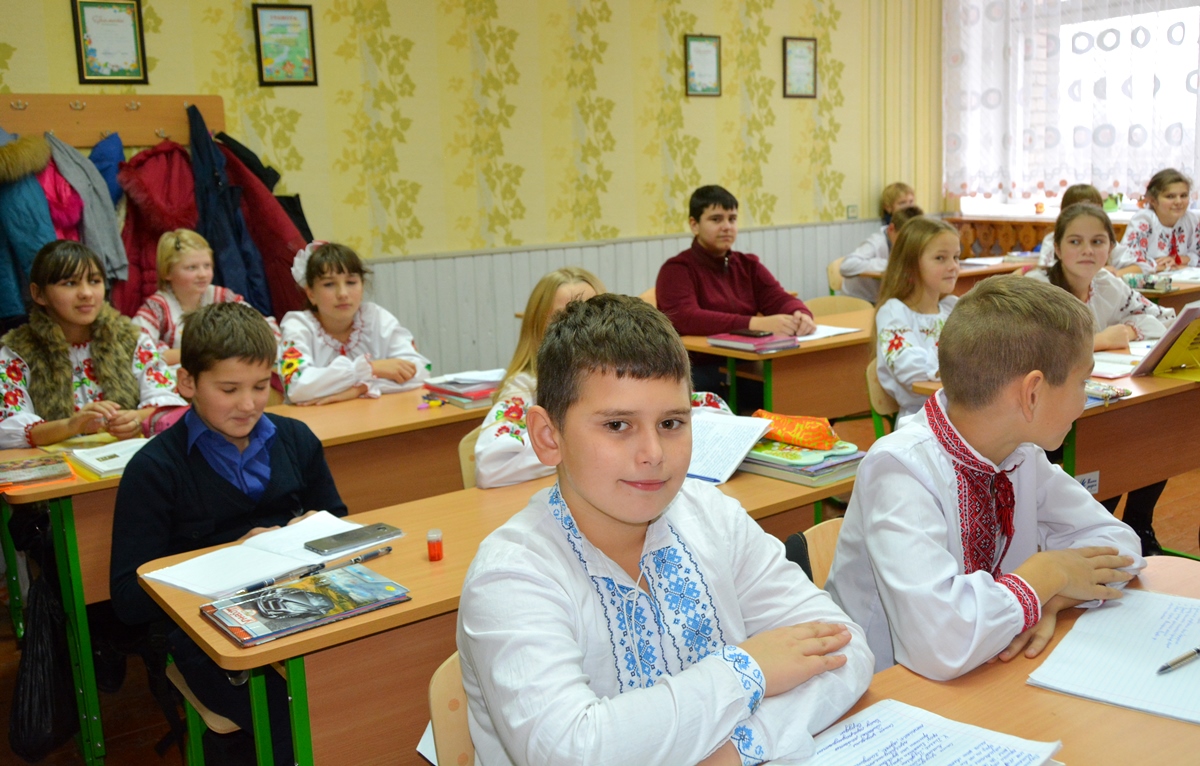 Common goal not only improved the educational process of the sixth-graders, but also brought parents together. Neither school administration, nor mothers and fathers are not going to stop on the reached. Buying backline and making a living-room is lined up for the future. 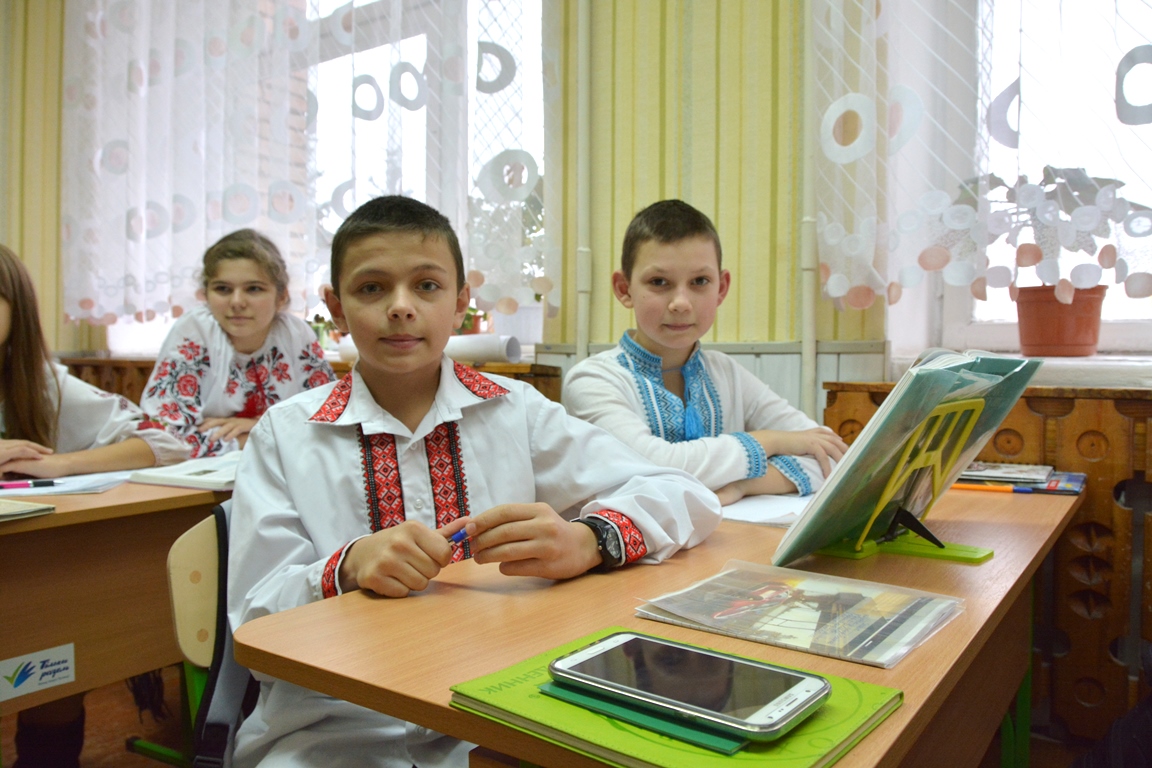 Larysa Solomyaniuk, The Head of Luiboml Representational Office of Ihor Palytsia’s Foundation “Tilky Razom”, says that the district community is active and initiative.

“Together with district citizens, we have already supported 17 projects; their overall value is more than 300 000 Ukrainian hryvnias. They all are different: setting children playgrounds, updating the facilities and resources of educational institutions, co-working with medical establishments, etc. We focus on the cooperation with citizens who know which problem is first for them. In every settlement there is an initiative person that is the driving force, and makes the community move forward,” – Larysa Solomyaniuk concludes.

The implementation of new projects aimed at the benefit of the district is of interest at this time for the Liuboml Representational Office of Ihor Palytsia’s Foundation “Tilky Razom”. 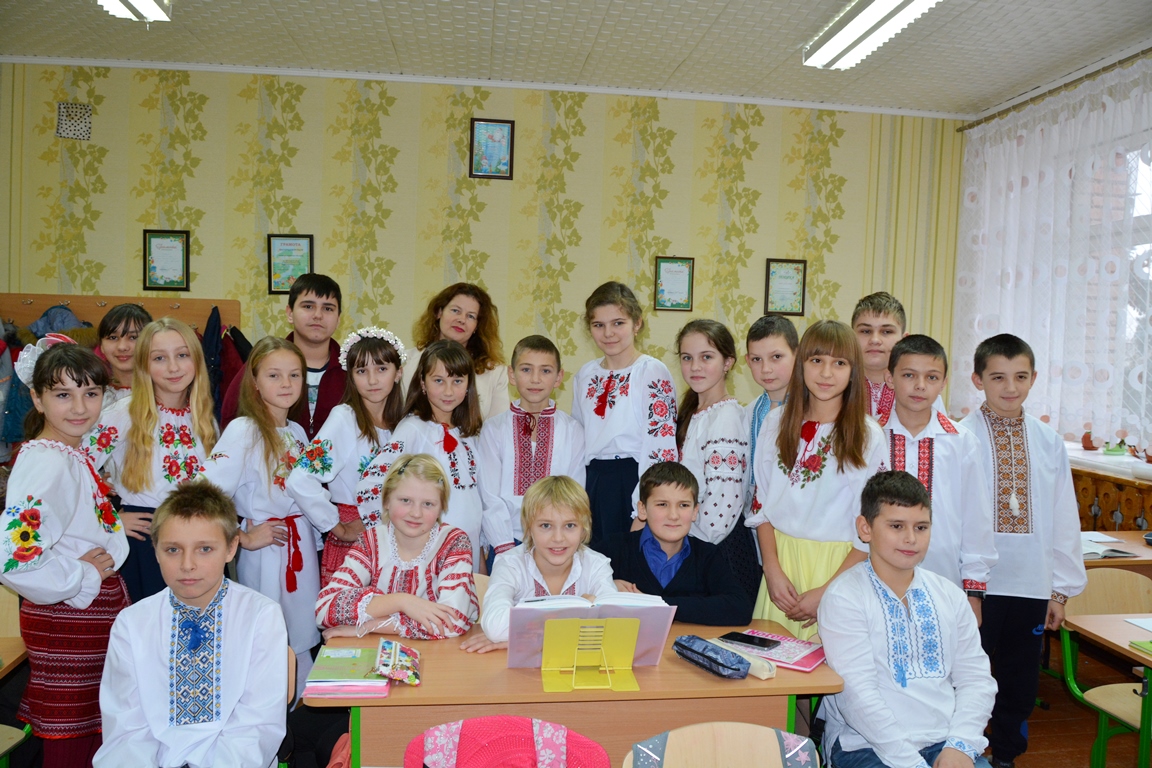 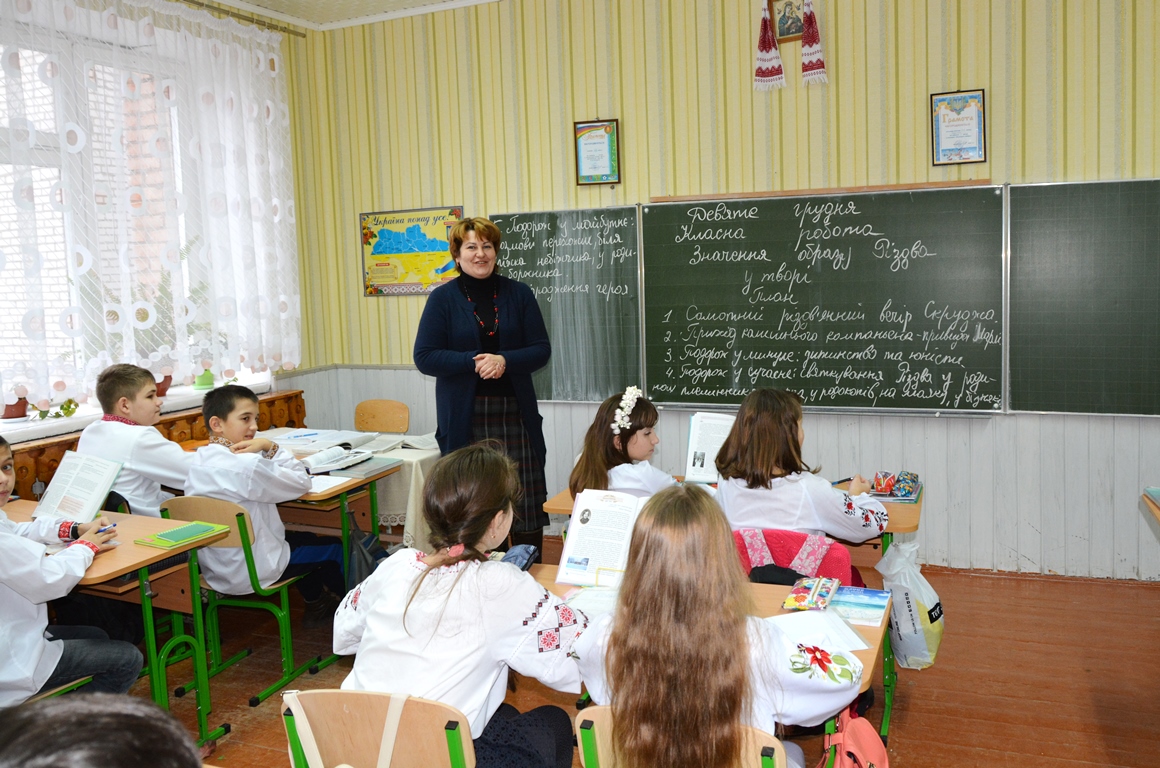 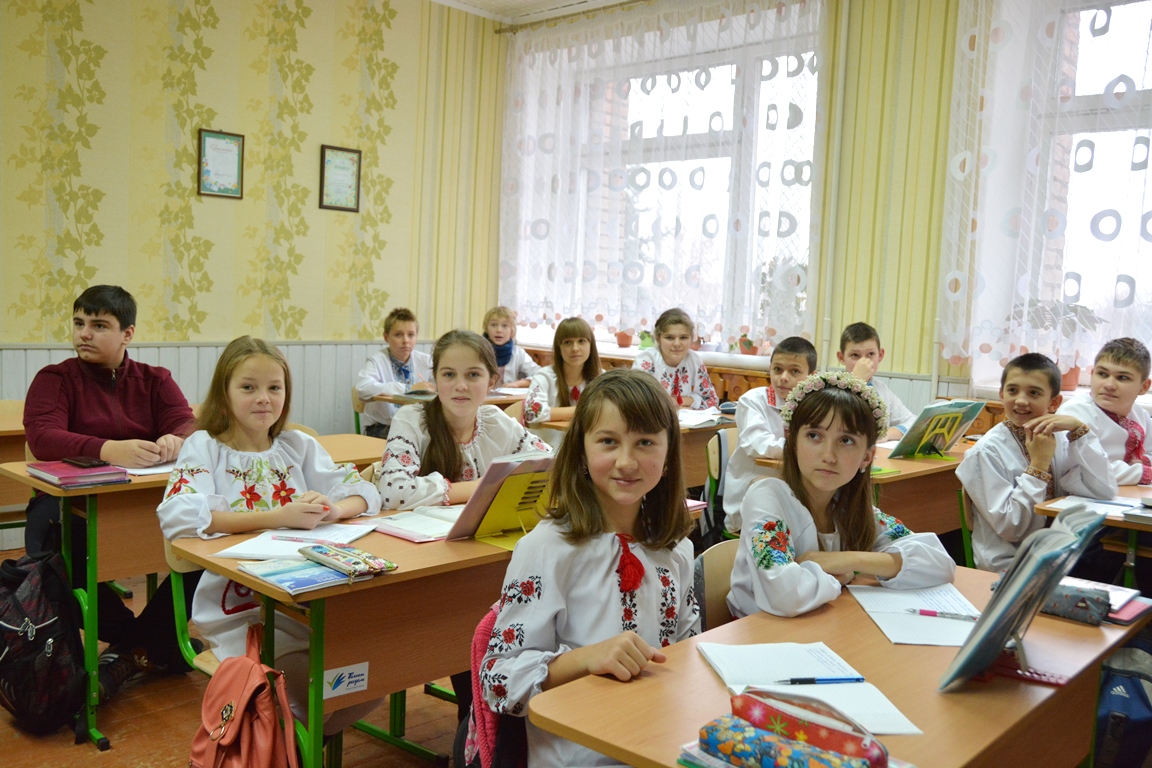