Above 200 runners from different parts of Ukraine have run 7 and 21 kilometers when taking part in XI Kovel international race and elimination round if Ukrainian Championship from half-marathon.  People of different age and level of physical training have to the central street of Kovel to try their forces. According to the majority of participants, who agreed to take part in the marathon, they were motivated not by victory in the final competition, but over themselves. Among organizers of the competition there is Volyn regional athletic federation headed by Volodymyr Rudiuk and “Sport Club “Kovel”.

This year Igor Palytsia’s Fund “Only Together” has joined support of the marathon held in Kovel 11 years in succession for the first time. According to Orest Makhovskyi, managing director of the Fund, such arrangements were related to activity of the Fund, because their purpose is support of healthy way of life: “Sportive Volyn” – this is the program, to which the Fund pays special attention in 2016. In opinion of Igor Palytsia, founder of the Fund, this emphasis upon health and development of youth will ensure success of the whole country. The age of marathon participants vary, but most participants are children and youth setting up first sport records in their lives. Let us agree that the largest victory is victory over own laziness and passivity, that’s why the Fund is interested in support of persistent people”, emphasized Orest Makhovskyi.

This year except for representatives from above 30 Ukrainian cities, who have arrived from 15 regions, including Donetsk region, runners from Poland and Belorussia took part in the race. According to Sergiy Panasiuk, Coordinator of executive committee of  half-marathon and races, in the previous years sportsmen from Italy, Russia and even Kenia, who arrived  in Volyn region to take part in the race, participated in Kovel half-marathon:

“Every year marathon motion in Kovel keeps broadening and with every new start number of participants increases. It’s pleasant that track-and-field athletics attracts larger number of youth. I am sure that with sponsors’ support we will propagate this kind of sport in Volyn region in future”.

Although it was not very hot on May 9, runners were thirsty, that’s why along the half-marathon route volunteers were giving glasses of water and energetic solution to them required to support runners’ forces.

On the last circle those, who had run twenty kilometers, were exhausted. As a result, in the half-marathon Yuriy Rusiuk from Volyn region was the best among males and Katherina Kramarenko from Rivne – among females. They run 21 kilometer for a bit longer than an hour. In July athletes will represent Ukraine in European Athletic Championship in Amsterdam. 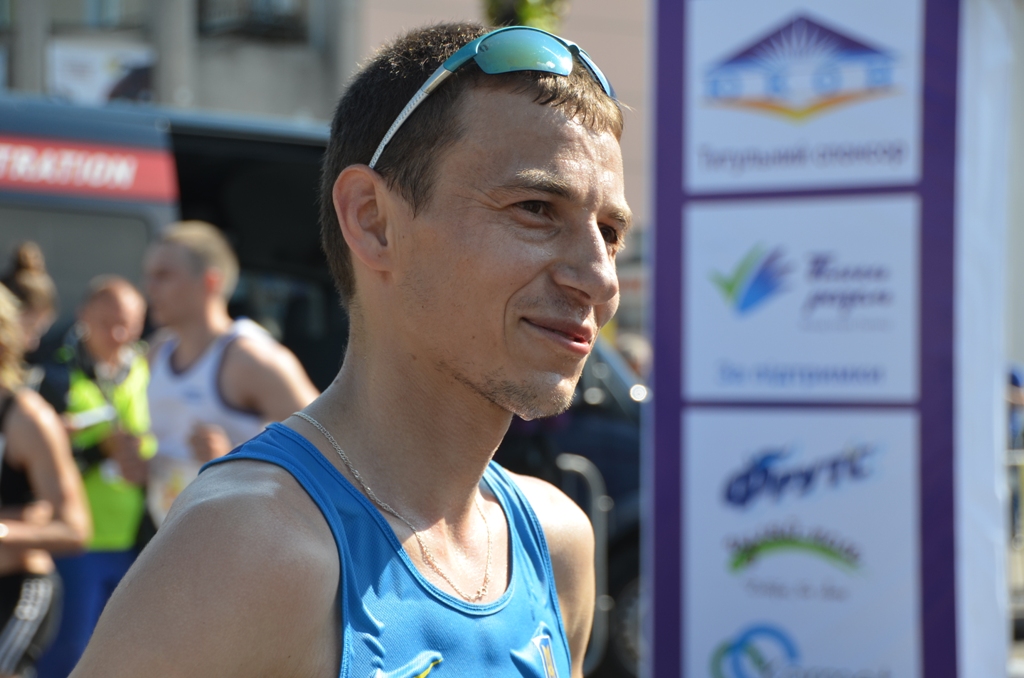 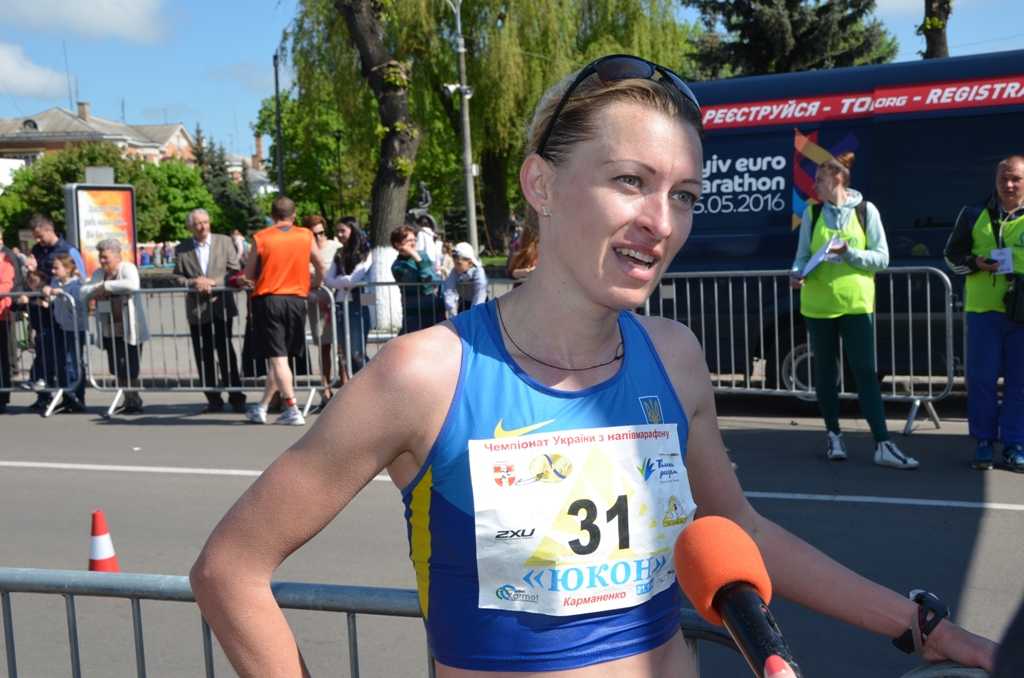 Igor Gotsul, Deputy Minister of Youth and Sport, Head of Ukrainian Athletic Federation, attends half-marathon in Kovel three years in succession. According to him, this fascinating kind of sport  has become a real festivity in many country long ago: “As today in Kovel, during races central streets in Paris, New York, London are closed for traffic. It is prestigious to be host of such competition. It’s worth mentioning that this year level of organization is much better than in the past. Organizers gain more practical experience. Besides, track-and-field athletics in Volyn region is currently supported by Igor Palytsia’s Fund “Only Together”. Jointly with regional federation many useful initiatives have been realized at present moment. Such events rise national reputation, attract tourists, that’s why it’s perspective not only for sportsmen, but for the city and region as a whole”, expresses his opinion Igor Gotsul. 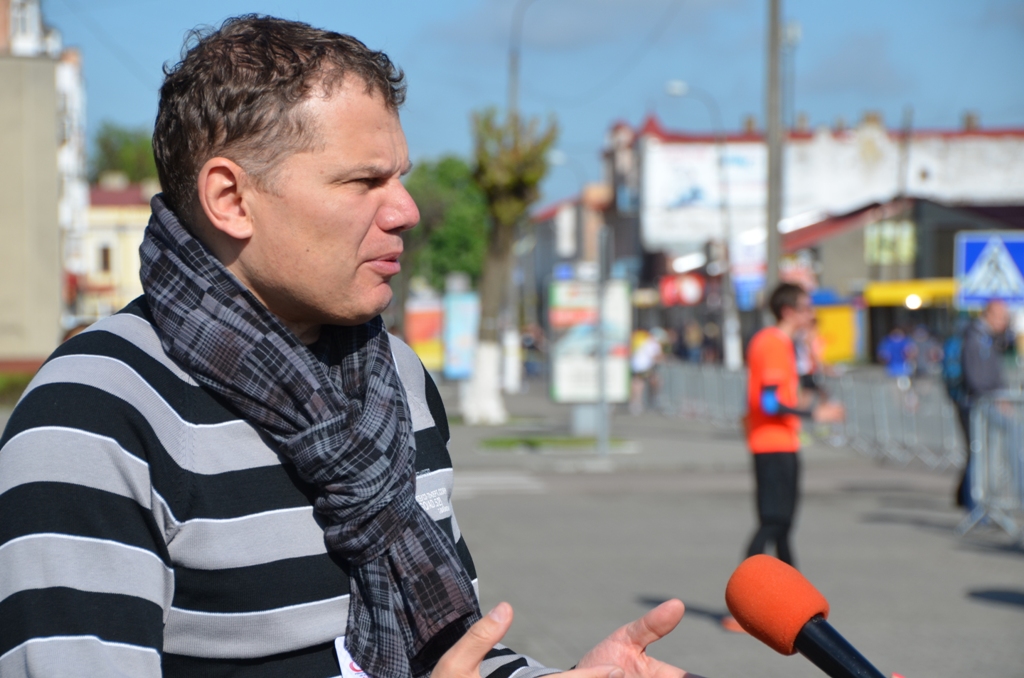 Sportsmen of Volyn regional center of physical culture for disabled persons “Invasport” joined the half-marathon. One of them, Natalia Shesholik, celebrates her birthday in such a way. 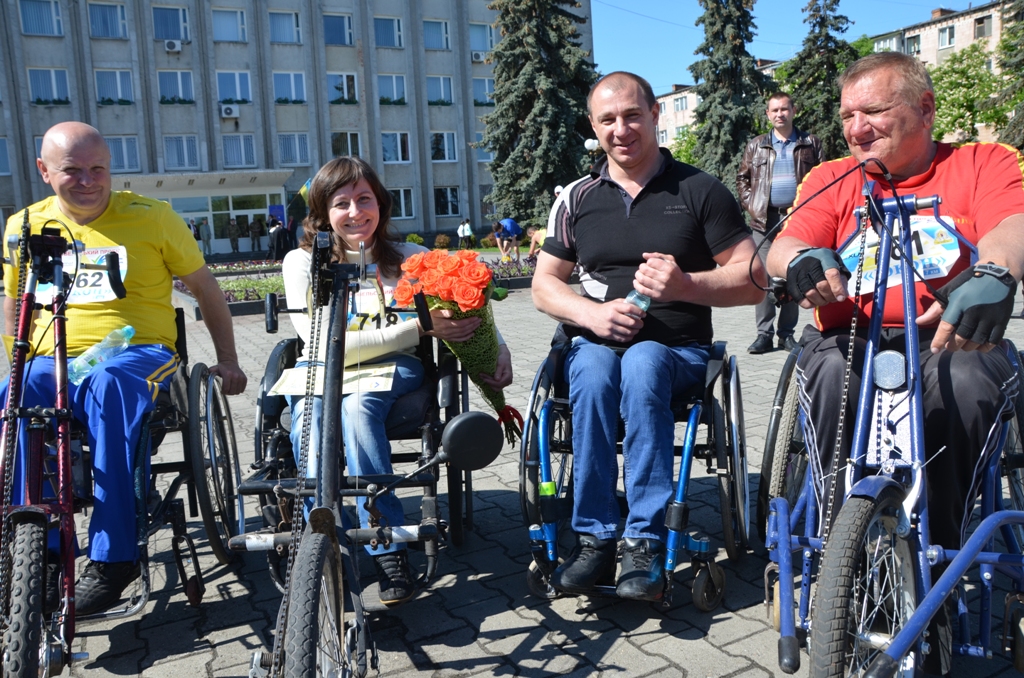 Some participants were extremely admired by spectators. Among them was a 72-years-old Igor Lysysi from Lviv, who run 21 kilometer long distance in spite of his age. In his opinion, the main secret of longevity and strength is motion and there were many such “old men and women” among the runners. 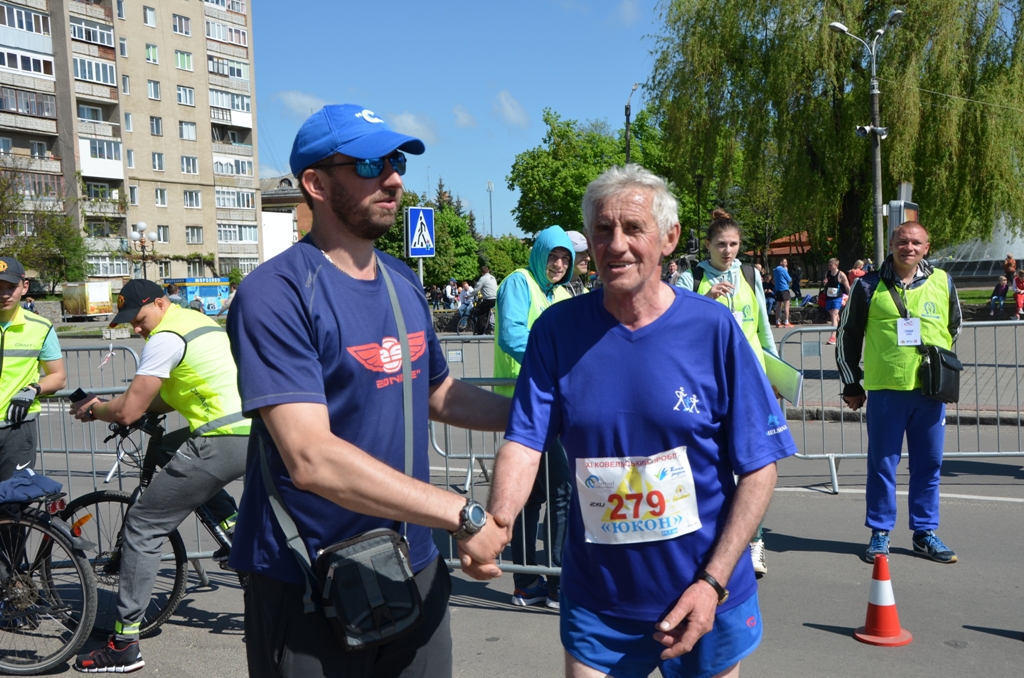 Organizers are sure that the next marathon on May 9 will gather professional and amateur athletes, who will not only make records, but win in personal life. 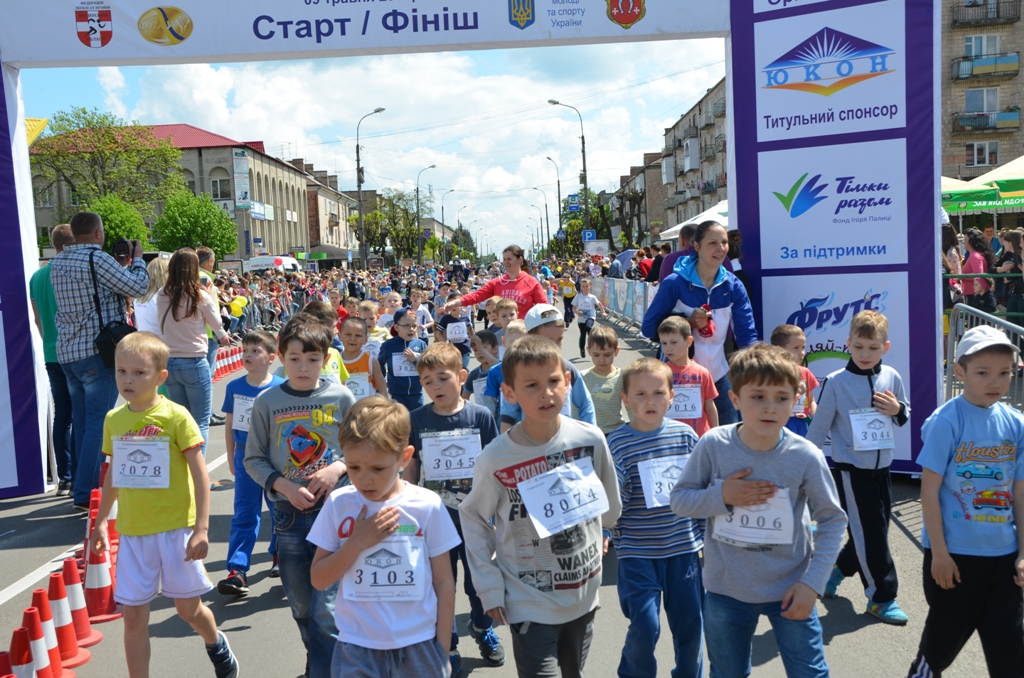 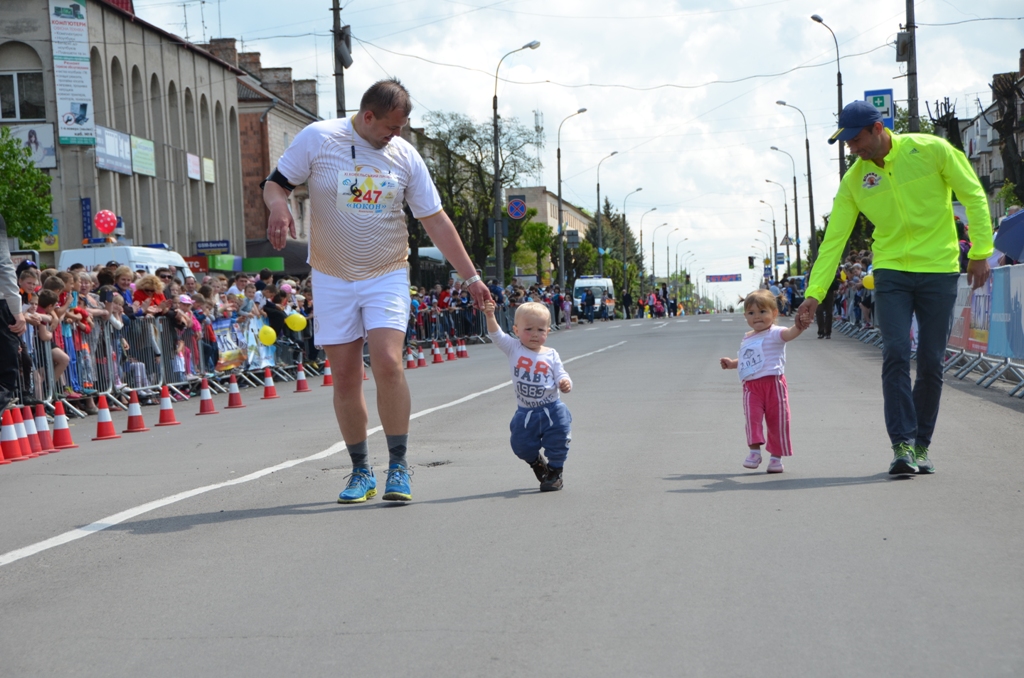 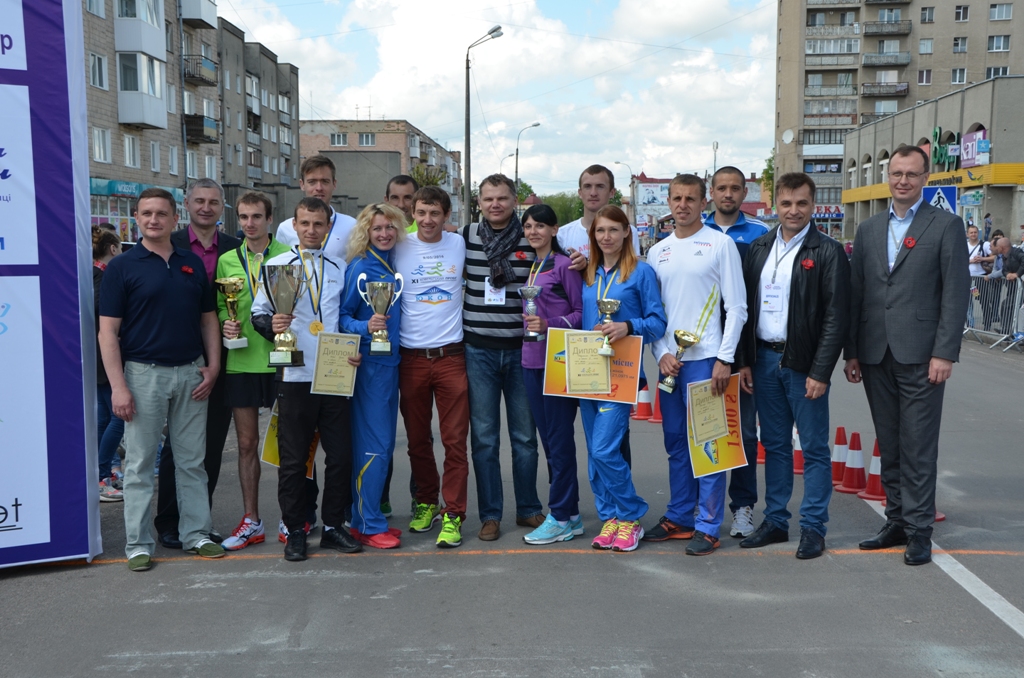 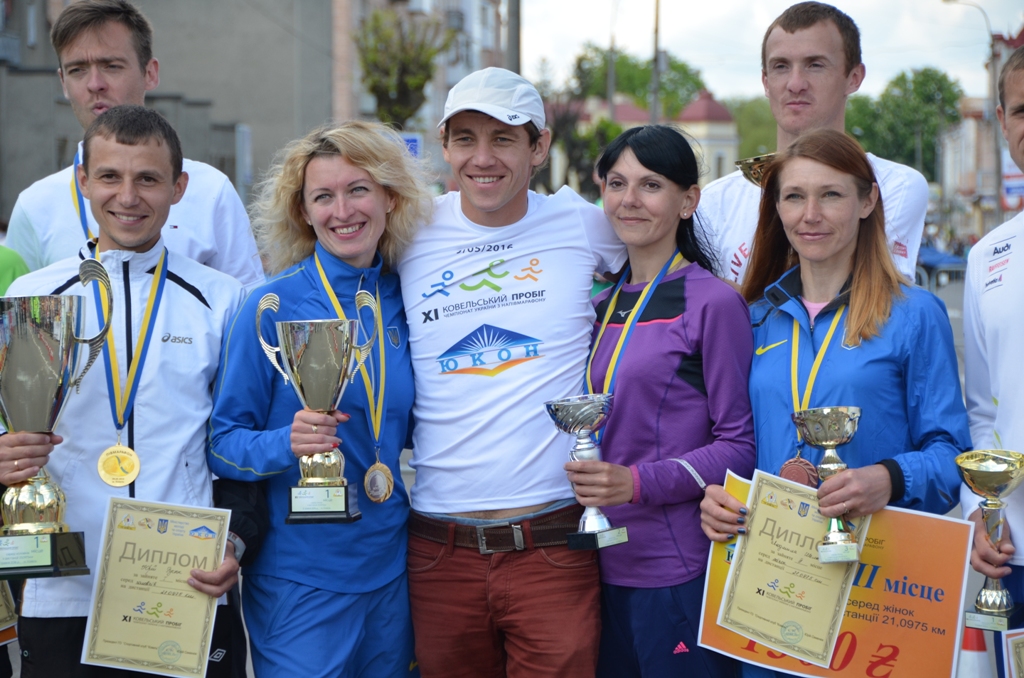 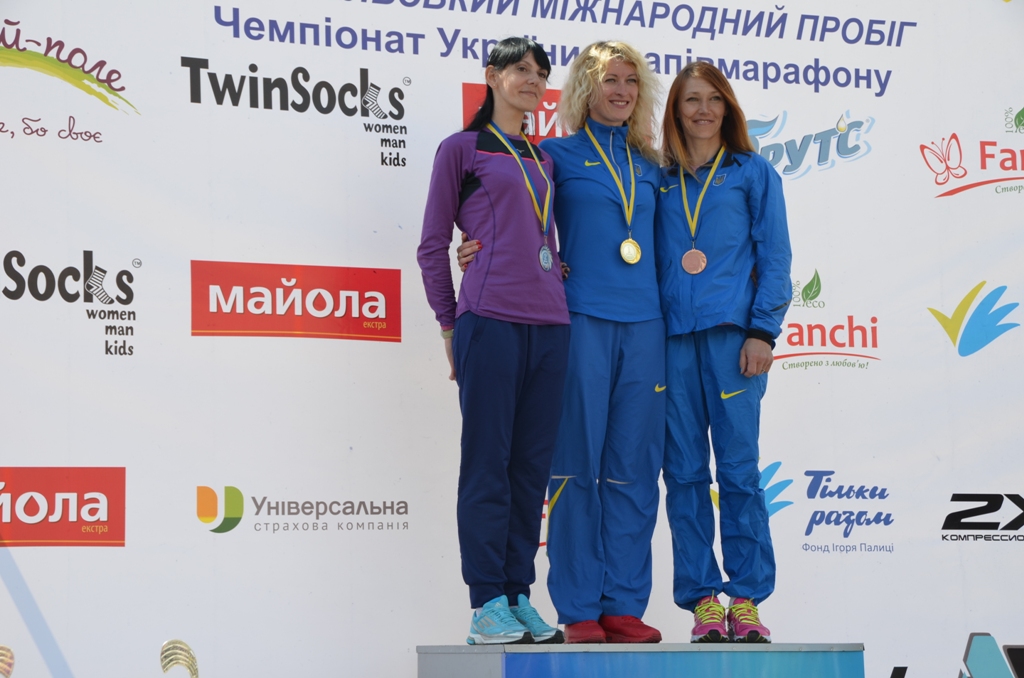 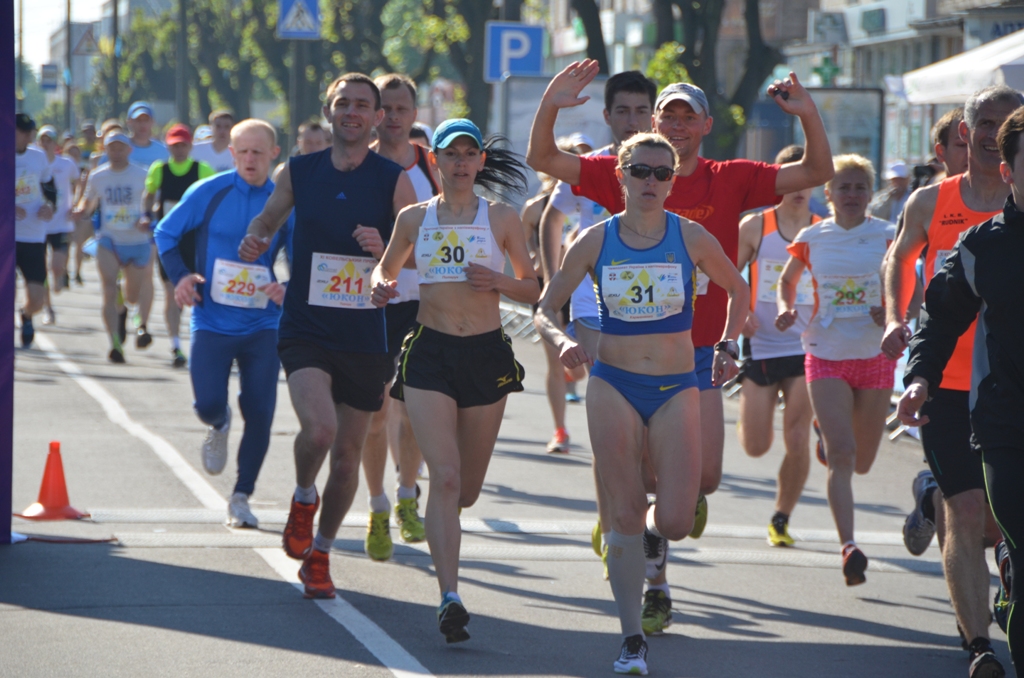 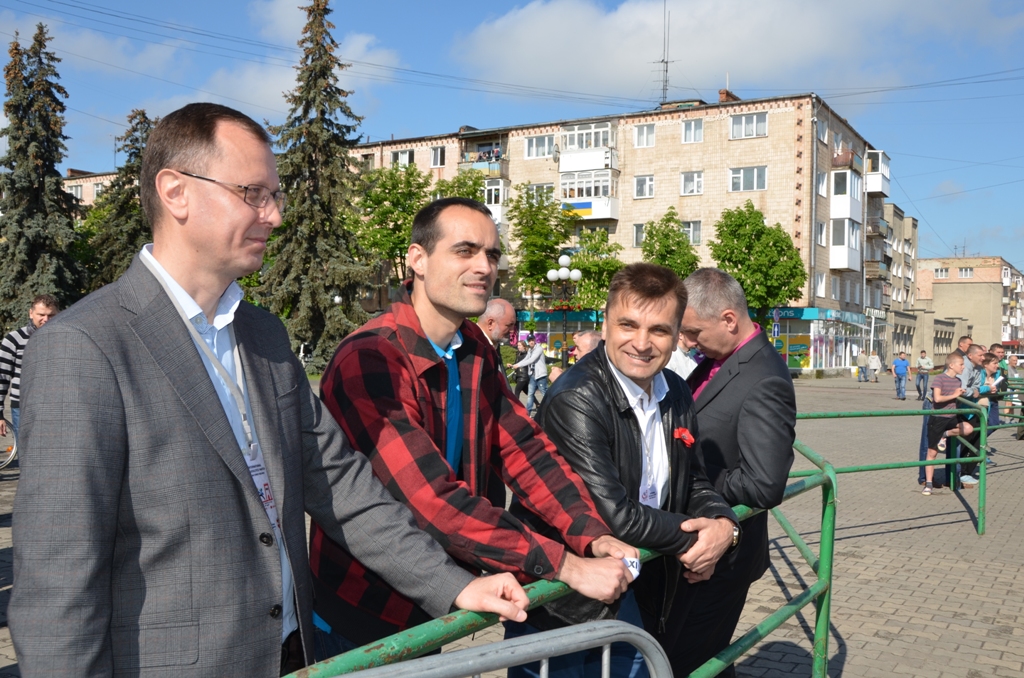 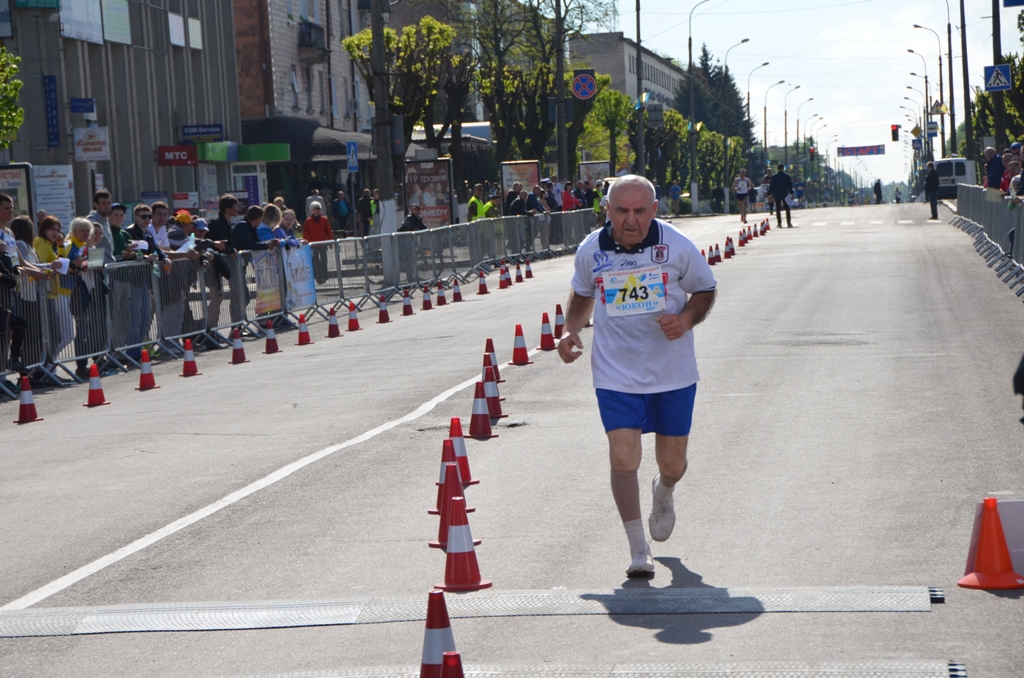 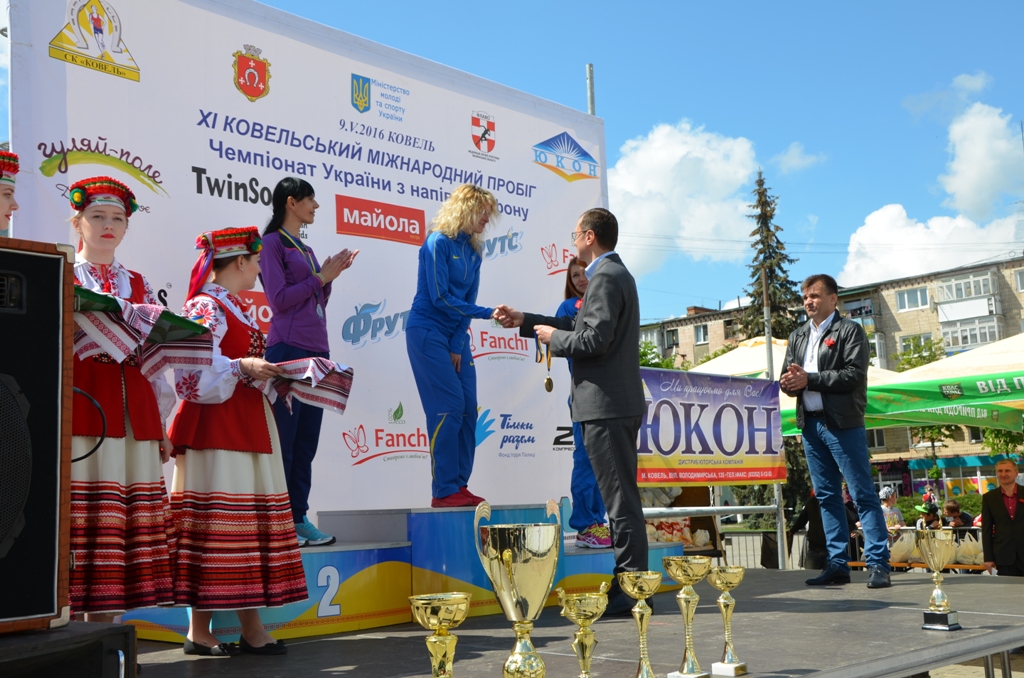 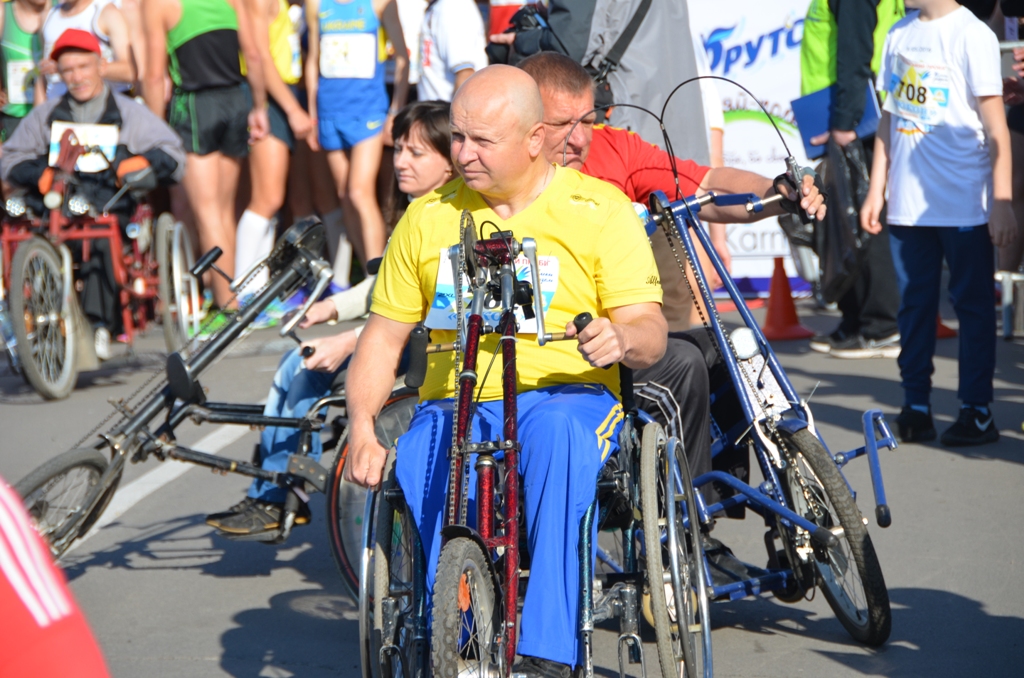 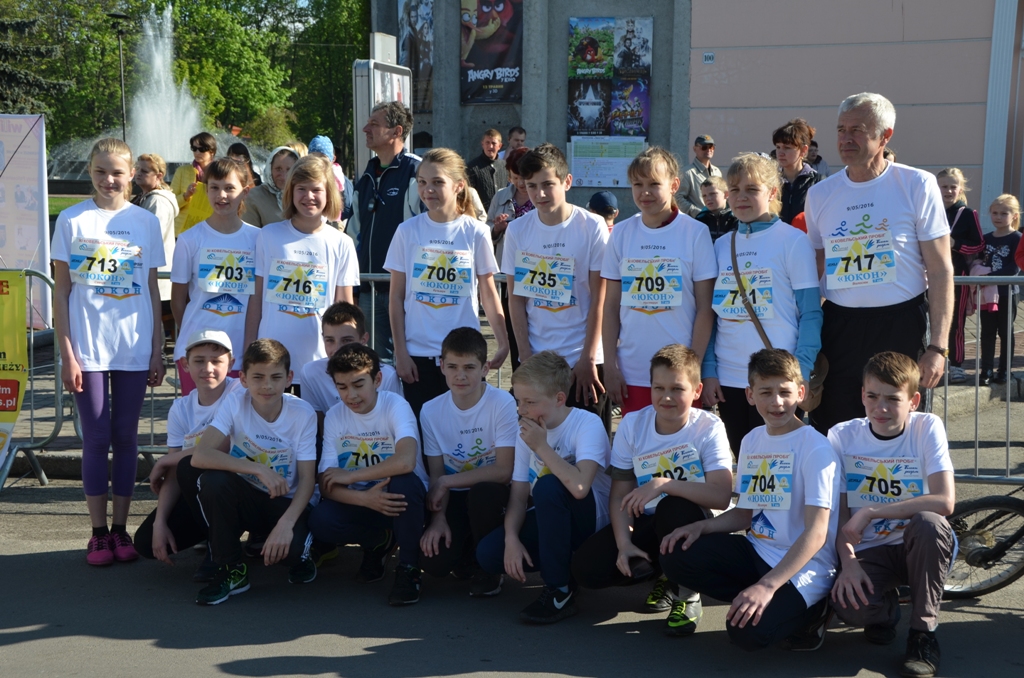