Within the framework of the “Health of the Volynians” program of Ihor Palytsia’s Foundation “Tilky Razom”, the Turiisk Central District Hospital has received a modern defibrillator and two new inhalers.

Physicians from Turiisk have been dreaming of refurbishing the mentioned medical equipment for a long time, as it had been a long time since its operational lifetime came to an end. However, public funding could not cover such expenses. Therefore, Olha Vdovychenko, the Physiotherapeutic Department Supervisor, persuaded her colleagues to apply to Ihor Palytsia’s Foundation “Tilky Razom”. The point is that Olha Vdovychenko has a job in addition to her main employment at the Turiisk Territorial Center of Social Services. In 2016, together with Ihor Palytsia’s Foundation “Tilky Razom”, they bought a Bubnovsky exerciser, a device for the preparation of synthetic-oxygen foam and Liapka applicators. Ms. Olga told her colleagues about that successful cooperation. The doctors held a meeting and decided to submit their project, which included the purchase of new inhalers, nebulizers and defibrillator, for consideration. So, the initiative group submitted for consideration their project titled “Good in Return for Good, for the Sake of Saving Life and Health”.

When we arrived at the staff members meeting and found out that the doctors of the District Hospital were still using defibrillators made in 1980 and 1987, that information amazed us. We decided to support this project, although we saw doubts in your eyes, – said Serhii Kostrychenko, the Head of the Central Branch of Ihor Palytsia’s Foundation “Tilky Razom”. That’s why today it is particularly pleasant that our cooperation has produced results, and you are preparing for a new project.

Physicians are happy, because the new defibrillator not only helps to restore the work of the heart. The device has a monitor, which can work up to three hours in synchronous mode for countershock. It is easy to use, mobile, can work on rechargeable batteries, that is, it can be used in the departments or during patient transportation.

In the nearest future, on the terms of co-financing, physicians from Turiisk are planning to purchase another modern device, the ECG holder, which will allow observing the work of the patient’s heart for 72 hours. This will improve the diagnosis in the early stages of cardiovascular disease and will allow identifying problems in the work of the heart. 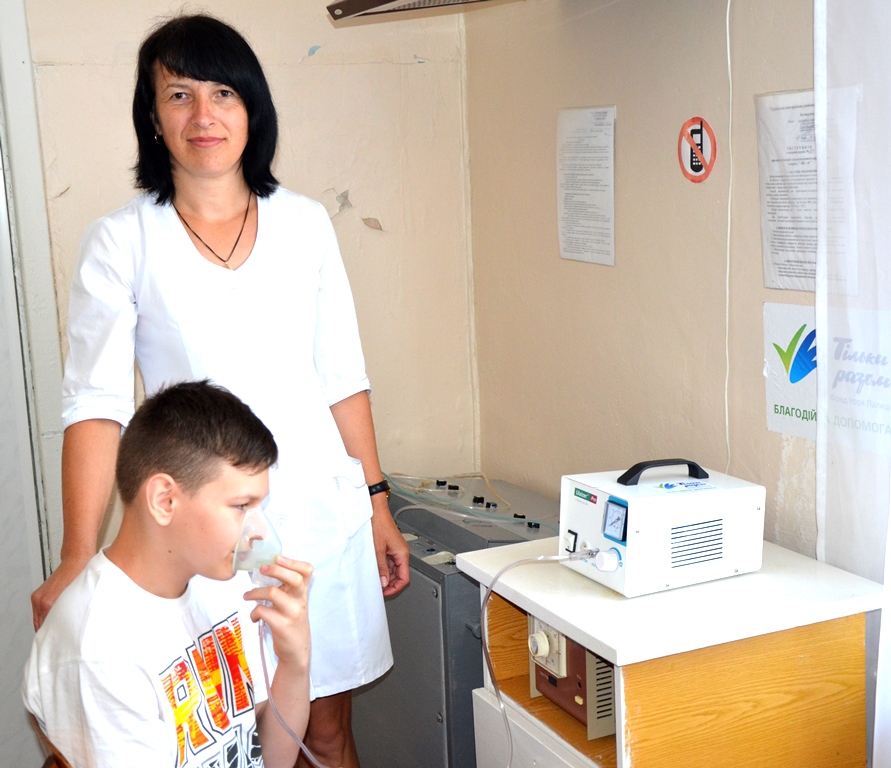