Statistics is a stubborn thing. According to it only one team can win every competition. In practice several teams can win competitions. I International match play U18 among national teams of Ukraine, Belarus and Turkey taking place in Lutsk on June 24 proved it. 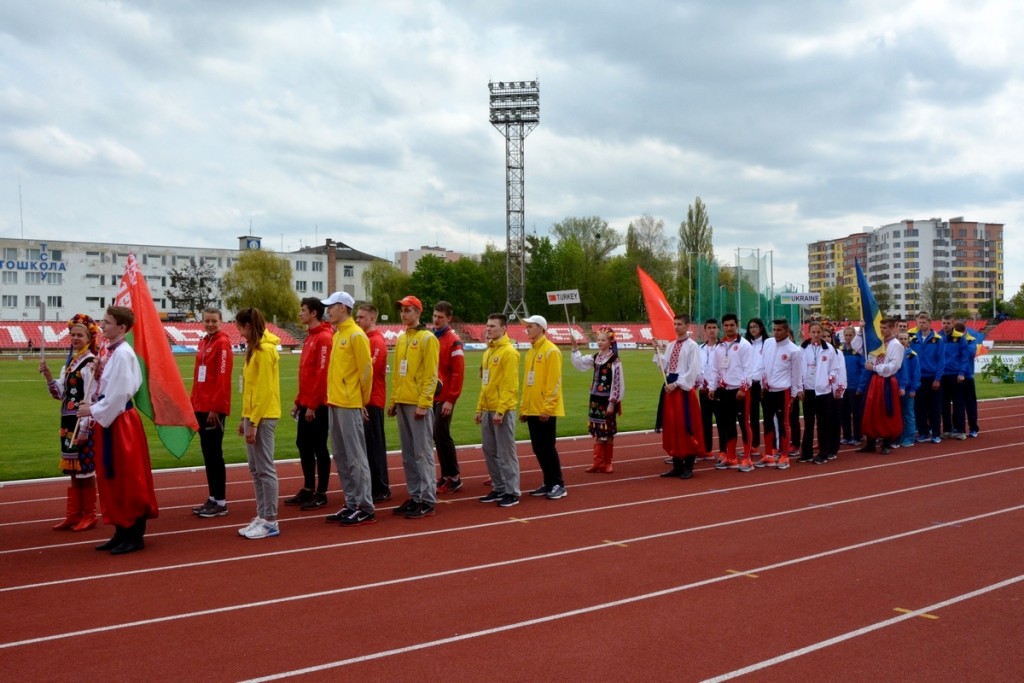 It’s worth seeing the tournament of such level. Simultaneously competitions in forty-two disciplines of royal sport were held at the stadium “Avangard”:  sprinter’s running, javelin throw, long jump etc. 40 sportsmen of Ukrainian national team participated in them.

Ukrainian athletes won in twelve disciplines. Senior coach of Ukrainian national team U18 Andriy Karateev was satisfied with our sportsmen’s results. The season has just started, but many of them have already set personal records and fulfilled standards for participation in European championship U18 that is going to be held in Tbilisi in July. 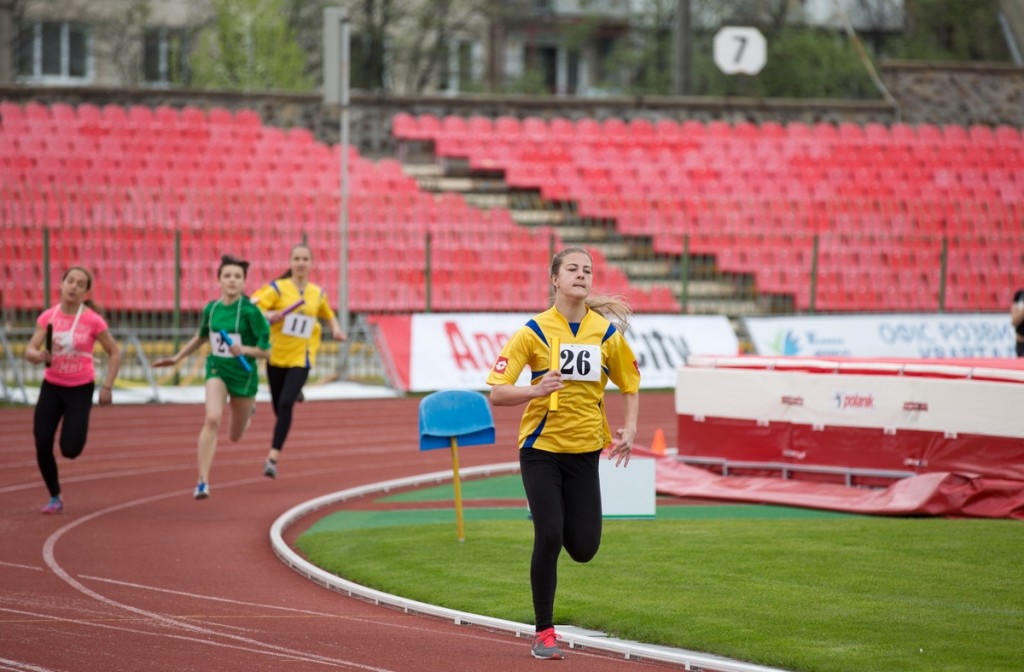 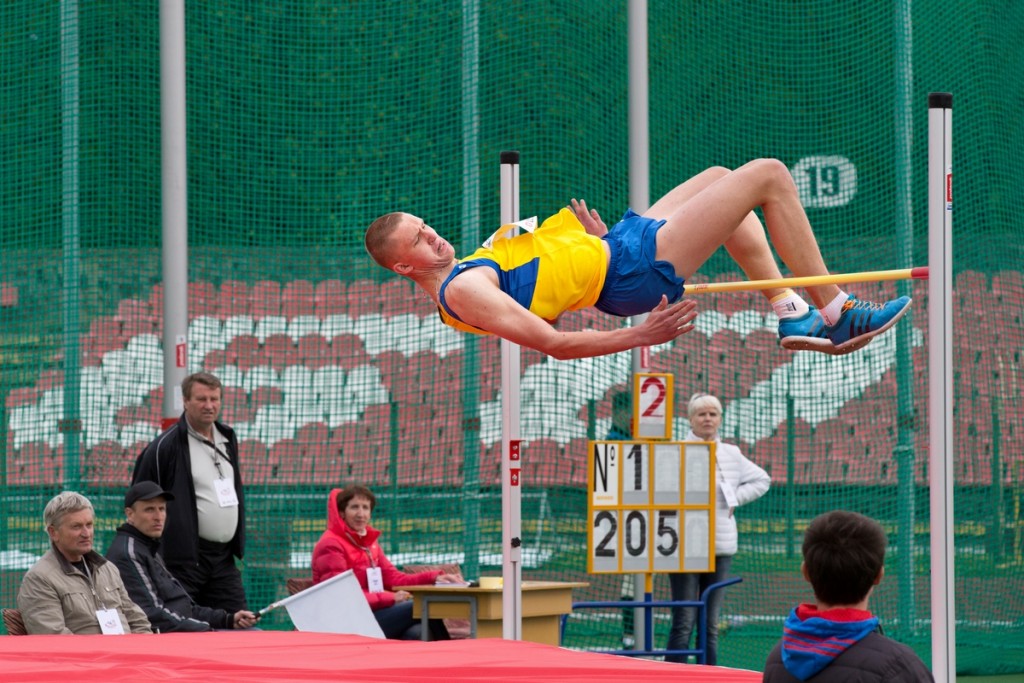 Also Andriy Karateev remarked importance of the match play for young athletes, especially, considering extremely high level of its organization in Lutsk. In the coach’s opinion, such competitions are an efficient preparation for European and world championships and in other aspects, because here they can get acquainted with organization of international tournaments, registration procedure before toeing the starting line.

One more victory was discussed in mass media and current victories would not have occurred without it. This is opening of the modern track-and-field stadium in Lutsk. In March “Avangard” was granted II category of sport structures under criteria of International Association of Athletics Federation (IAAF). It means that different international competitions can be held at the stadium with appropriate conditions and infrastructure. On this sport weekend the Vice-President of IAAF Sergiy Bubka gave this certificate to Oleksandr Tovsteniuk, Head of Board of Igor Palytsia’s Fund “Only Together”. 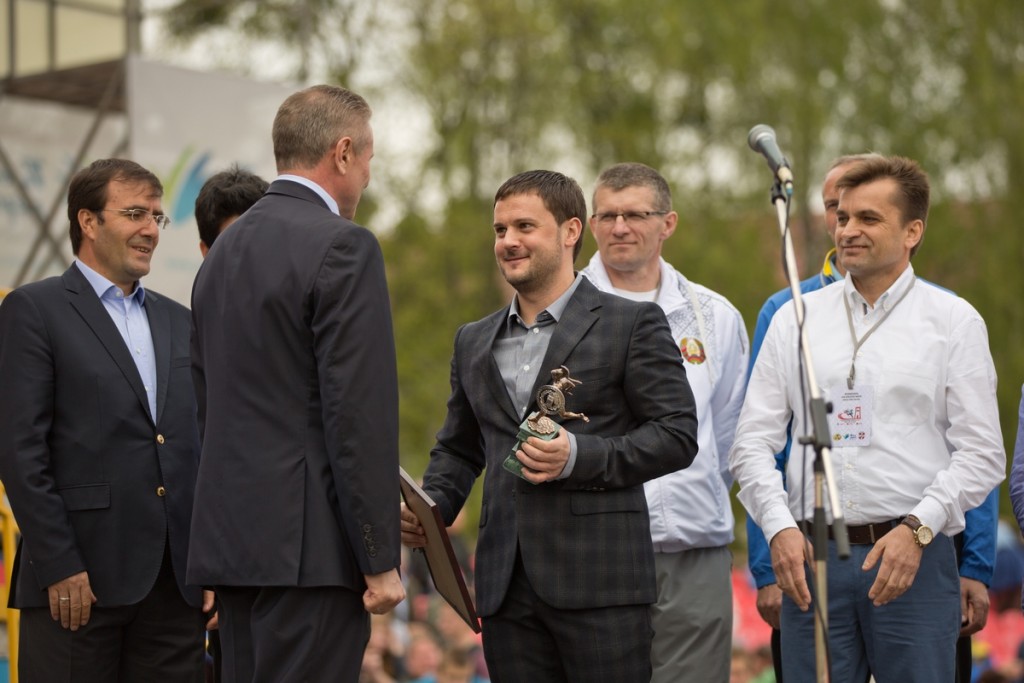 The Fund “Only Together” carried out reconstruction of “Avangard”. According to Sergiy Nazarovych, many organizations have to follow example of the fund, to learn how to develop sport in big cities, small towns and settlements. Here children are highly motivated, there are many talents, who unfortunately often remain unnoticed. But the situation is going to change soon, at least in Volyn region. As it is known last autumn modern sport complexes were opened in three district centers – Manevychi, Lubeshiv and Kamin-Kashyrskyi. 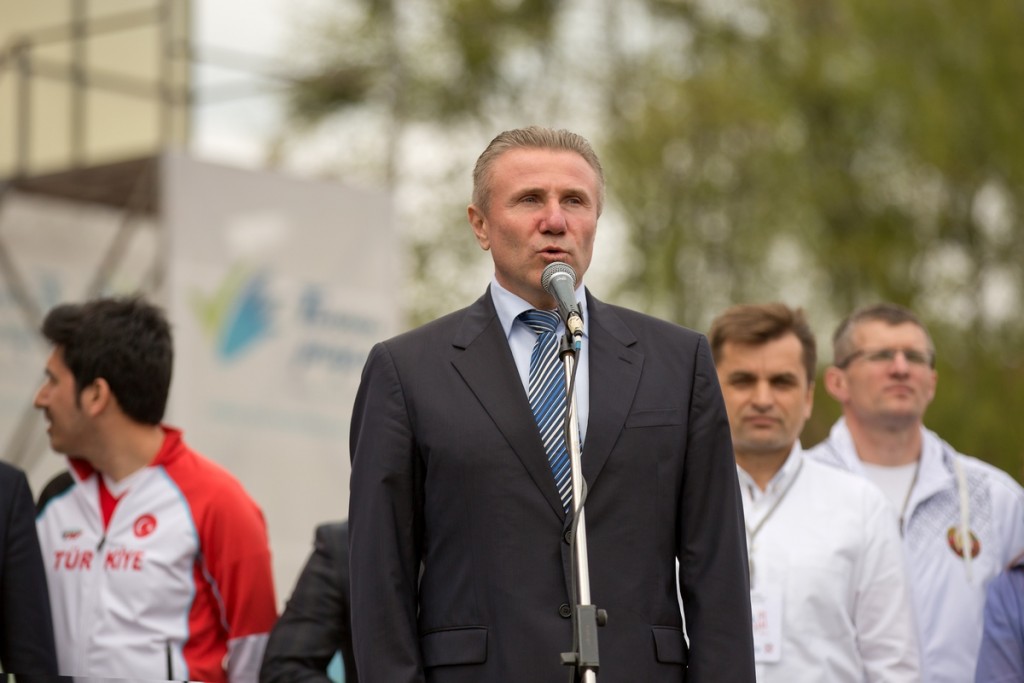 Local organizational committee had a big victory. International play match U18 was arranged at the highest level. Any and all kinds of programs took place under the schedule, without any delays. A cordial welcome and a cheerful atmosphere of the competitions, spectators’ support, presents and souvenirs – young athletes will remember them for a long time. 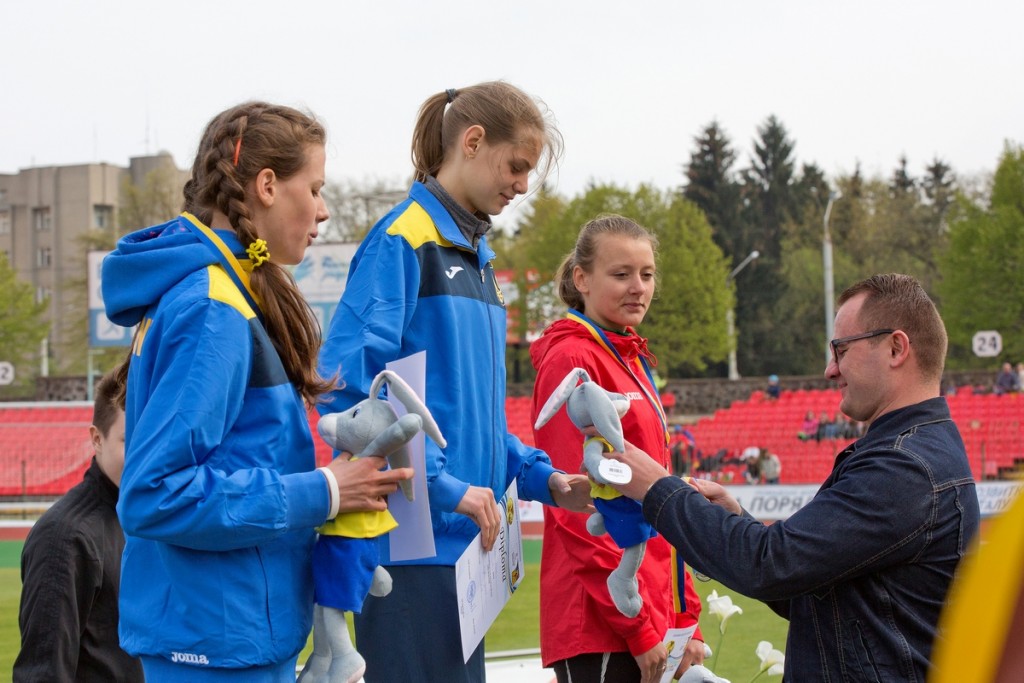 At the official opening of the competition its guests were welcomed by participants of national ensembles “Volynianka” and “Volynianochka”, school of Ukrainian fighting gopak “Herts”. 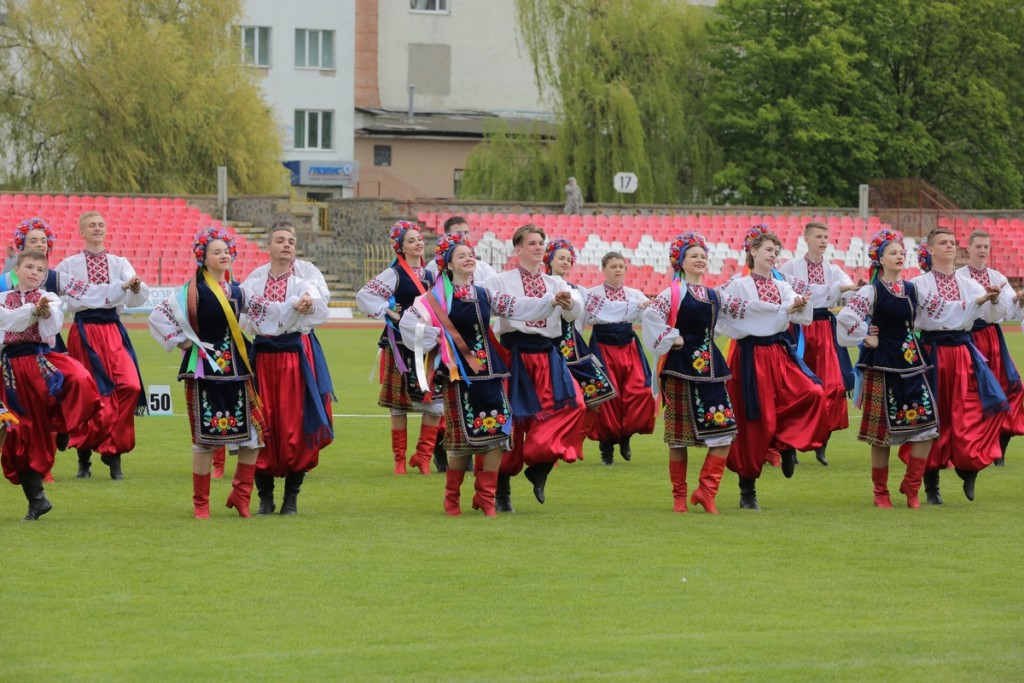 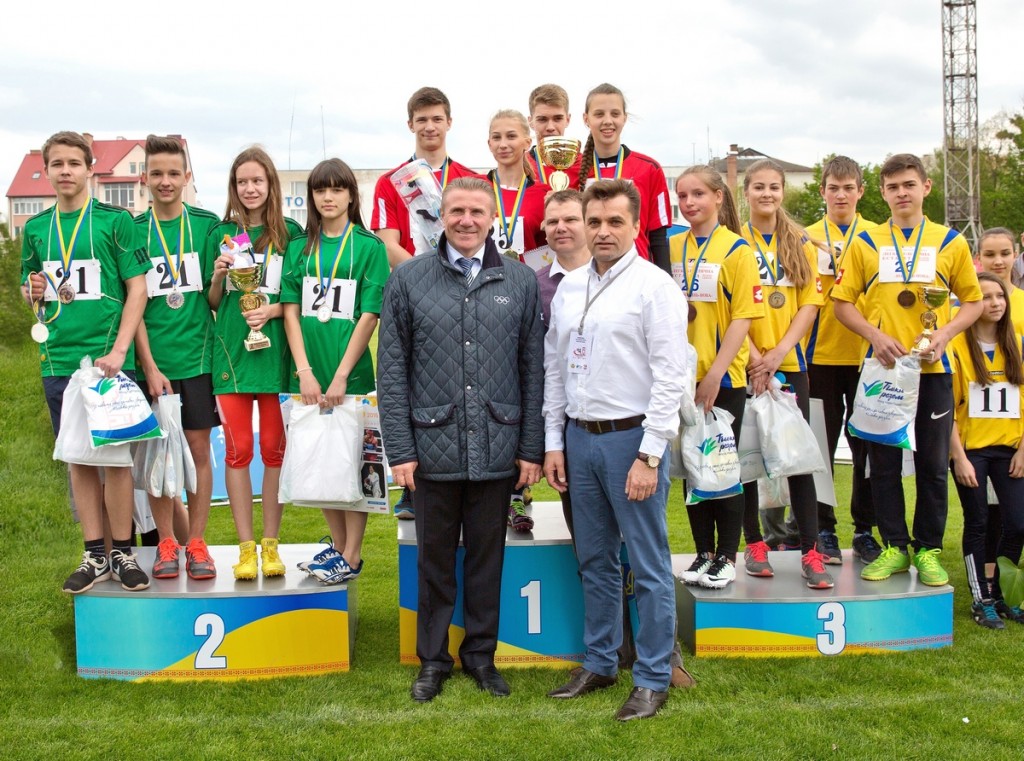 President of UAF Igor Hotsul expressed a cheerful gratitude for organizers of the competition and added that he was waiting for return of selected Olympic start – Ukrainian championship (June 16 – 19) to Lutsk.  President of UAF in Volyn region thanked track-and-field for opportunity to invite sportsmen from different European countries in Lutsk, and the famous world star Sergiy Bubka.

Athletes, who have participated in competitions, will soon have a chance to enrich their experience, because some of them will participate in Match play U20 that is going to take place on May 7 in Nicosia (Cyprus). National teams of Ukraine, Cyprus, Israel and Romania will take part in it.