Despite the holidays, in the courtyard of Lutsk secondary school 17, works are under way to set up a green zone. There is going to be a mini-arboretum: a variety of coniferous trees and ornamental bushes, avenue of roses, gazebos for recreation for teachers and schoolchildren of the school. All this became possible thanks to the grant in the amount of 2 thousand Euros, which the school, the only one in Ukraine, won the international competition. Other competitors in a serious struggle were representatives from Bulgaria, Hungary, Romania and Poland.

Grant money was given to the school without any problems because for more than a year the parent fund of development “Vulyk”, which was created with the help of Ihor Palytsia’s Foundation “Tilky Razom”, has functioned at this educational institution. The “Vulyk” Development Foundation is a non-profit organization operating in the interests of pupils and employees of the educational institution, providing support for the implementation of scientific, educational, recreational, cultural programs and school projects.

Ihor Palytsia’s Foundation “Tilky Razom” joined this good initiative and allocated 20 thousand hryvnias to build a fence, which is going to separate the future mini-park from the pedestrian zone.

The school has an ecological focus. Therefore, we try to develop a thrifty attitude towards nature in our pupils, as well as an active social position. Talented schoolchildren are participants and prizewinners of many contests and Olympiads on environmental topics, and defend scientific works. We are constantly implementing environmental research projects, so it is very pleasing that our initiative was supported internationally. The mini-park will become an ornament of our school, as well as a place where you can catch a breath of coniferous trees and improve your health, – says Oleh Bohdanovych Manselepa, a deputy headmaster on educational work.

A teacher of Chemistry and Ecology Liliia Anatoliivna Vorobey is one of the initiators of the grand composing, which topic was the preservation of the environment and climate change in conditions of global warming. Therefore, a project for laying a mini-park in the school was proposed for the competition.

Teachers and students make their own planning, laying and design of the arboretum. First, the area was cleared of old asphalt, and then black soil was brought. Materials and soil are used to the fullest to reduce the cost of equipping the entire territory. So far, the plants have been formed and planted on two flowerbeds, but the works are in full swing. 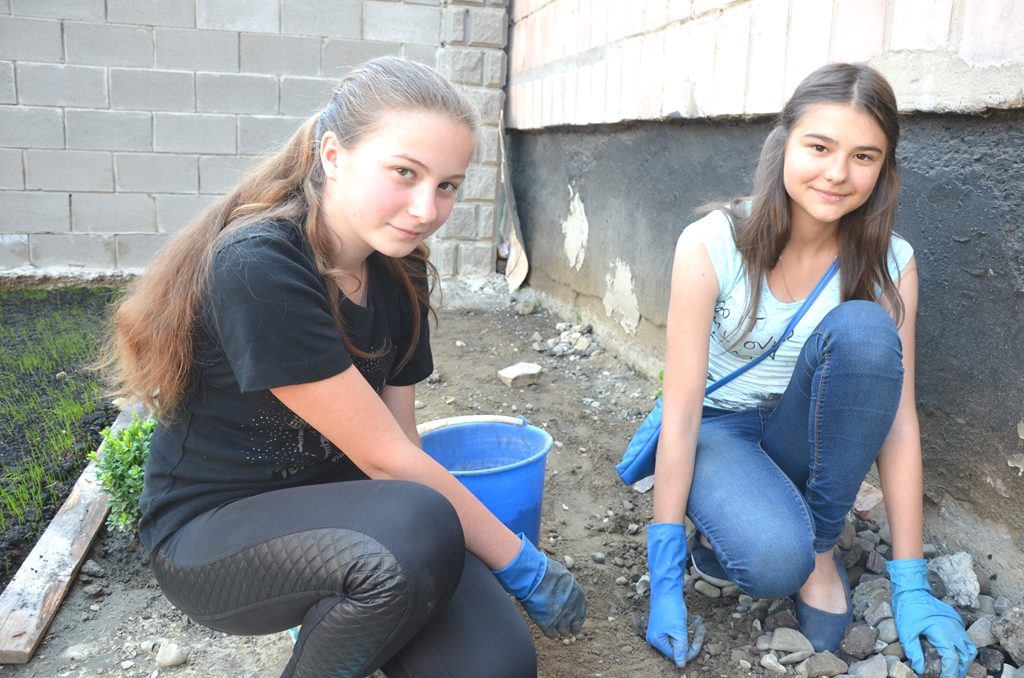 By the way, there is also a snowball tree alley near the school, which was created by school leavers, as well as an oak tree alley in memory of in memory of the fallen in the ATO. Therefore, the arboretum will be a good addition to the landscaping of this educational institution.

A representative of the Ihor Palytsia’s Foundation “Tilky Razom” Inna Tkachuk says it is pleasant to see that along with the creation of the foundation for the development of an educational institution, a new approach to the development of children and education is born step by step.

Yuliia Datsiuk, a deputy of the Lutsk City Council from “UKROP” believes that this initiative is very good and can be an example for other schools.

The idea of landscaping is very relevant, but it is not necessary to stop only on it. We must participate in various grants programs, initiate and implement ideas in all educational institutions. This is additional money for realization, and an opportunity to be assertive and in progress, – says Juliia Datsiuk.