Goloby district cultural center is overcrowded. The locals came to see performance “Officer’s servant Shelmenko” played by artists of T.G. Shevchenko’s Volyn regional drama theatre. Because of financial problems and lack of time rural people are not able to attend performances in the regional center, that’s why Igor Palytsia’s Fund “Only Together” has taken care of leisure time and self-enrichment of Volyn people. Under the newly created project of the Fund “To spiritual treasuries” he performance based on Grygoriy Kvitka-Osnovianenko’s literary work will be played in sixteen district centers and four towns of Volyn region.

Community of Goloby knew about the forthcoming performance in advance and started getting ready to it carefully. At present Valentyna Berezhna is a pensioner, she has lived in Lutsk earlier, where she often visited the theater and knew all actors. When she moved to the countryside, she had more work and could not attend the theater. On the day of the performance the woman together with her mother was completing work about the house and in the evening she came to the cultural center with aesthetic delight and good spirits, because the performance was full of humor: “As soon as I came into the hall, the performance has started. I began watching it with a bright smile. I especially liked play of Shelmenko. The actor’s play is excellent and this lady, whom he calls matochka, plays her part well. My spirits revived at once and I forgot about all my problems. Igor Palytsia’s Fund “Only Together” helps many organizations all over Ukraine, including those in Volyn region, in our regional center and local villages. The fund tries to improve our living standards. We need to think about positive things and it will make us for the better”, retells Valentyna Berezhna.

People of different ages attended our performance. Everyone says that such events have to be held in villages and settlements more often, because it improves people’s mood and diversifies drab existence. Georgiy Kornievskyi, deputy of Kovel district council from political party “UKROP”, attended this performance. He mentioned that in Kovel district the performance was held with participation of Igor Palytsia’s Fund “Only Together” for the first time and this is extremely important for enrichment of people’s spirituality. 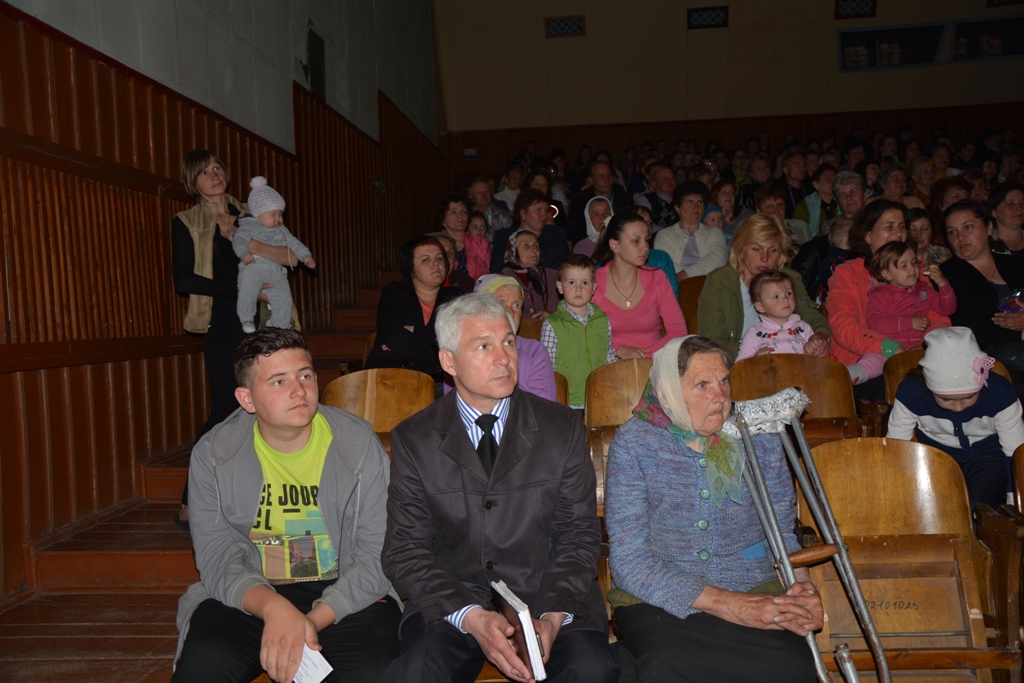 In settlement Goloby a theater studio “Buttia” is actively developing in the cultural center. A future actress Anastacia attends this studio. She is the pupil of the tenth form. At present the girl is mastering scenic plastic arts and acting skills. She often visits T.G. Shevchenko’s Volyn regional drama theatre and gets a lot of useful experience: “Visit of actors of T.G. Shevchenko’s Volyn regional music and drama theatre of Goloby is a great experience for me, it’s interesting to see how they get to know our stage, because here it is much smaller than in Lutsk and more amateur. Their play is excellent and I like it very much.” 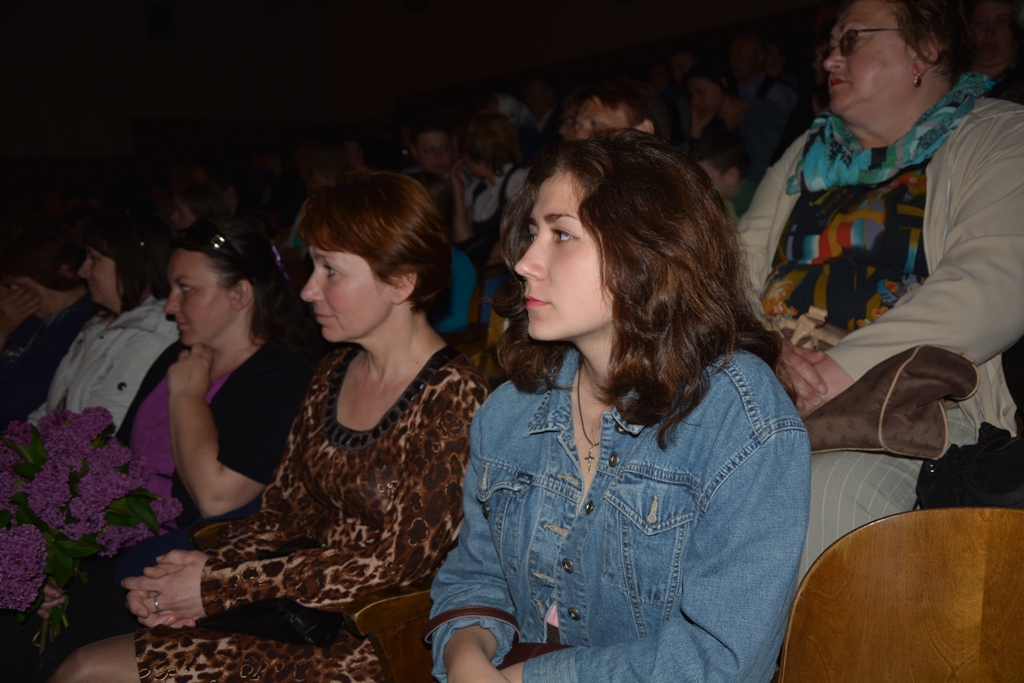 Settlement Goloby is a culturally developed center of Volyn region. And it is not extraordinary that the performance was visited by so many visitors, because locals take care of spiritual values themselves. Rehabilitation center of disabled children’s parents “Dyvo”, which villagers established together with priest Niphont, prior of Saint George’s church in settlement Goloby, is a good example. 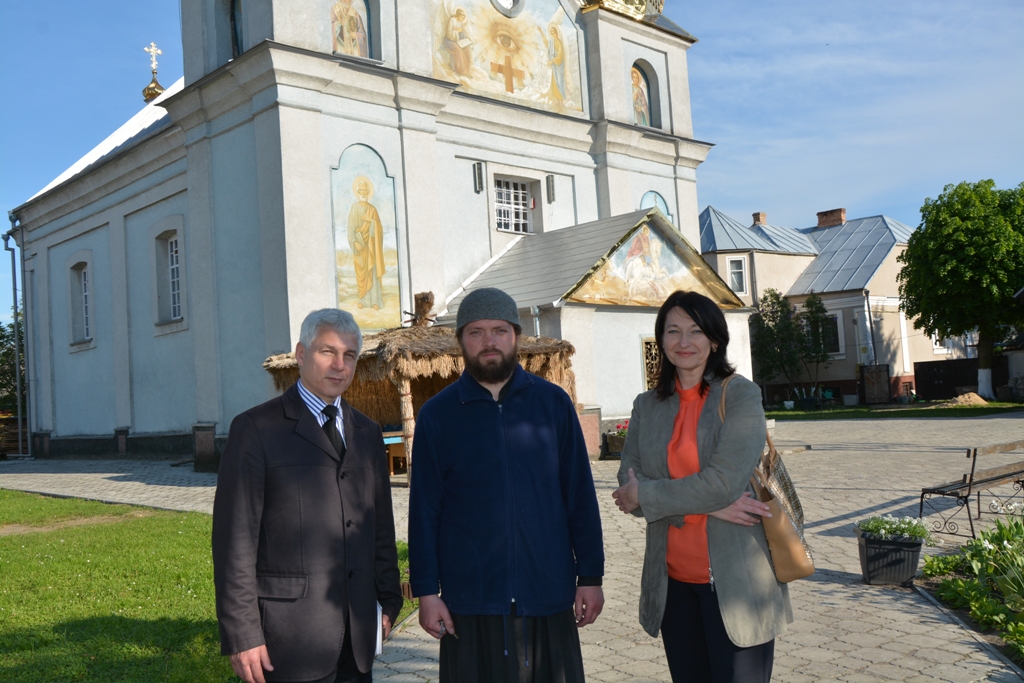 “We succeeded to open a rehabilitation center of parents for disabled children’s “Dyvo” with the church. We offered parents of disabled children to provide a room and promote establishment of their public organization. Repair has been partially made at the expense of the congregation and now the center functions at full scale. Here children attend rehabilitation specialists two or three times a week”, retells the priest.

For four years the priest together with his congregation has been enriching spiritual life and developing local people in cultural and educational sphere. They even have opened an exhibition hall in the bell tower, where meetings with painters take place and their works of art are exhibited. 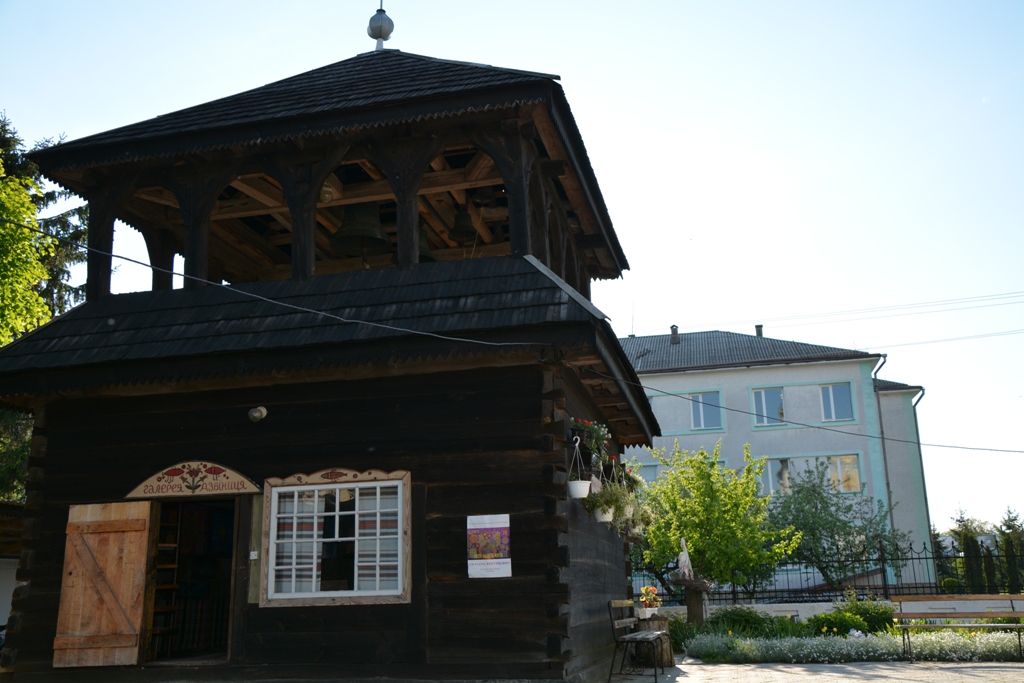 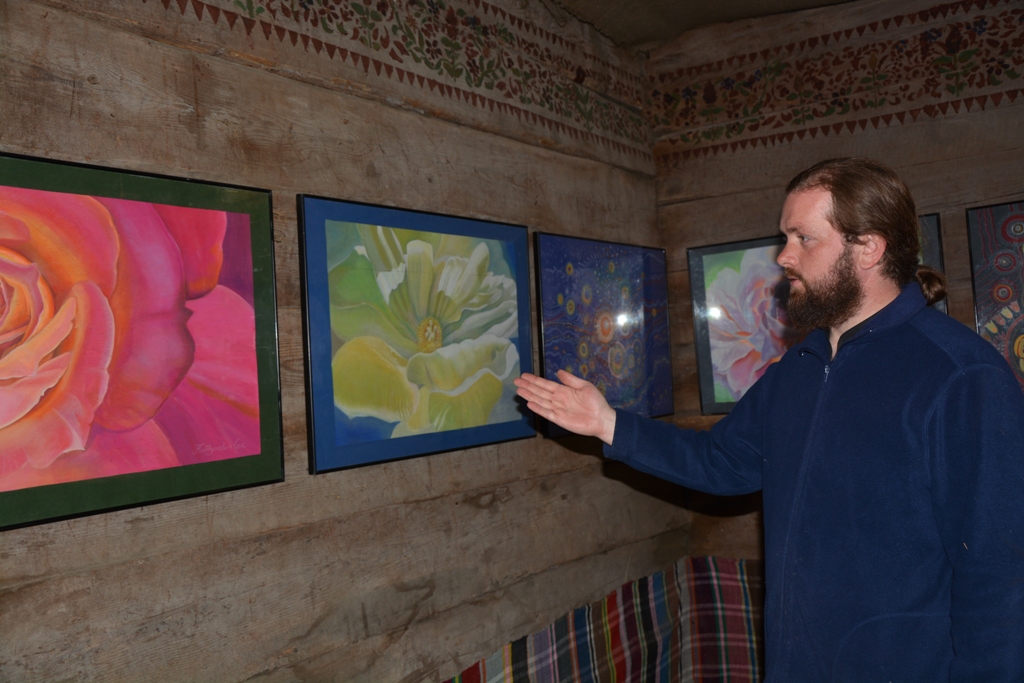 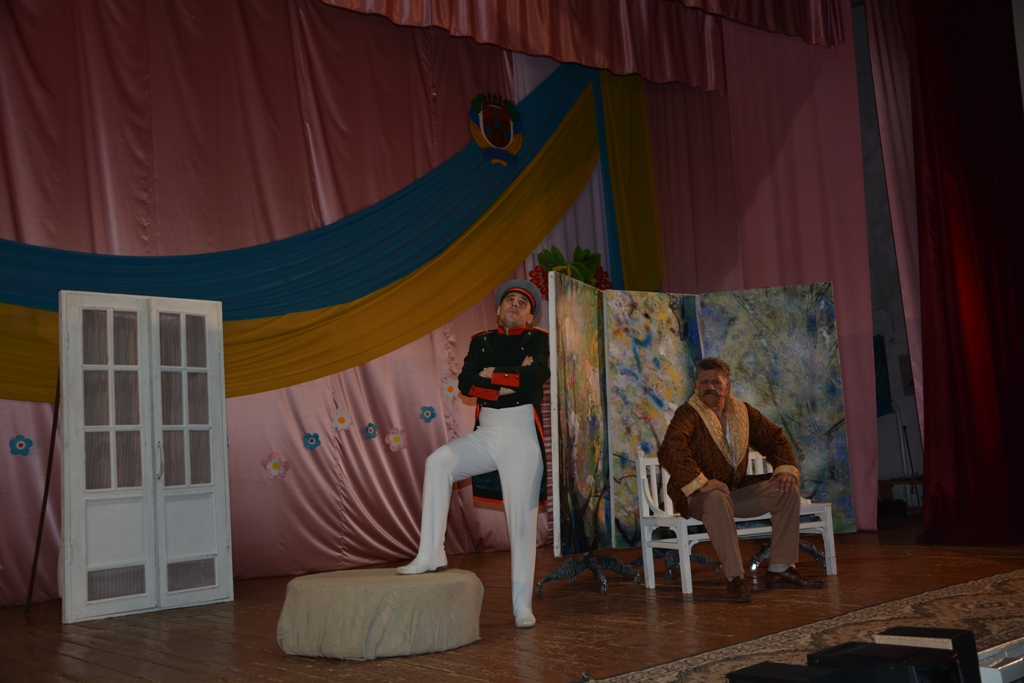 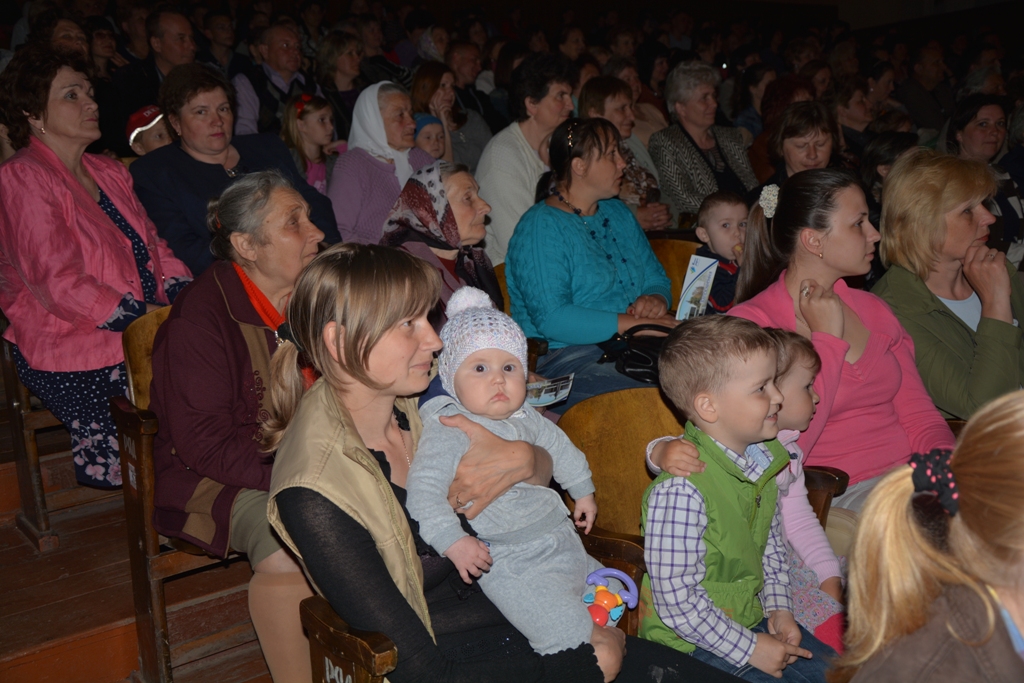 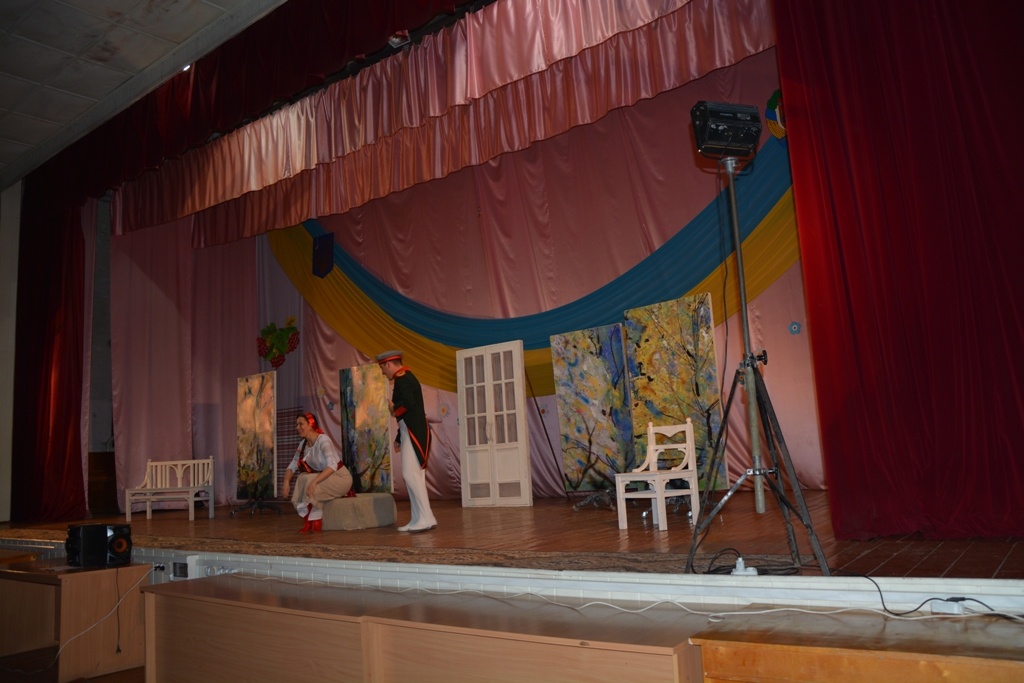 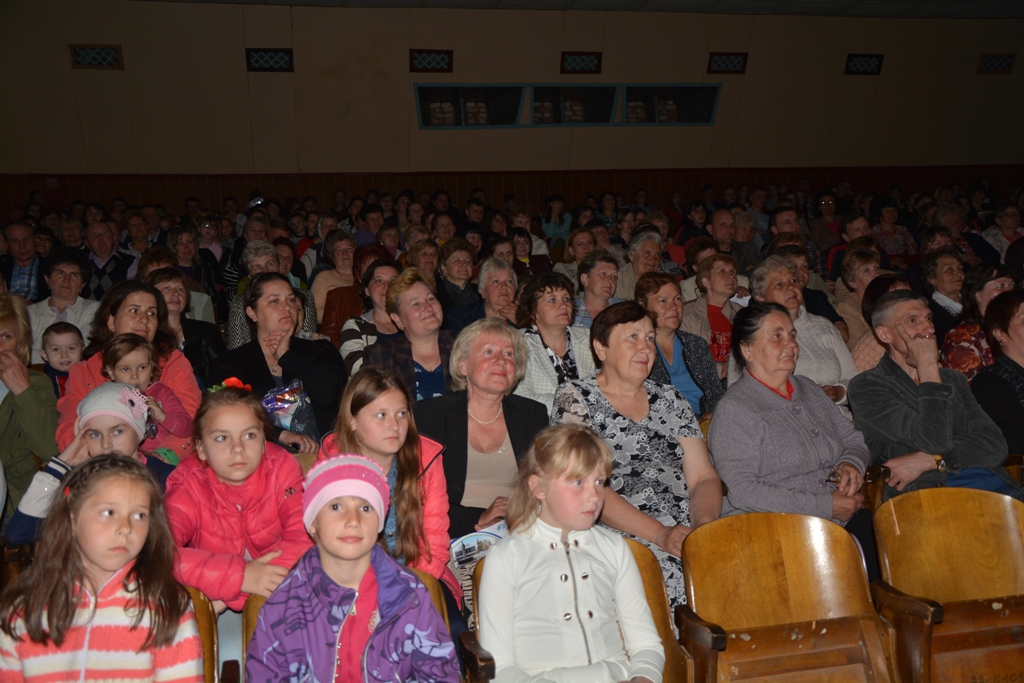 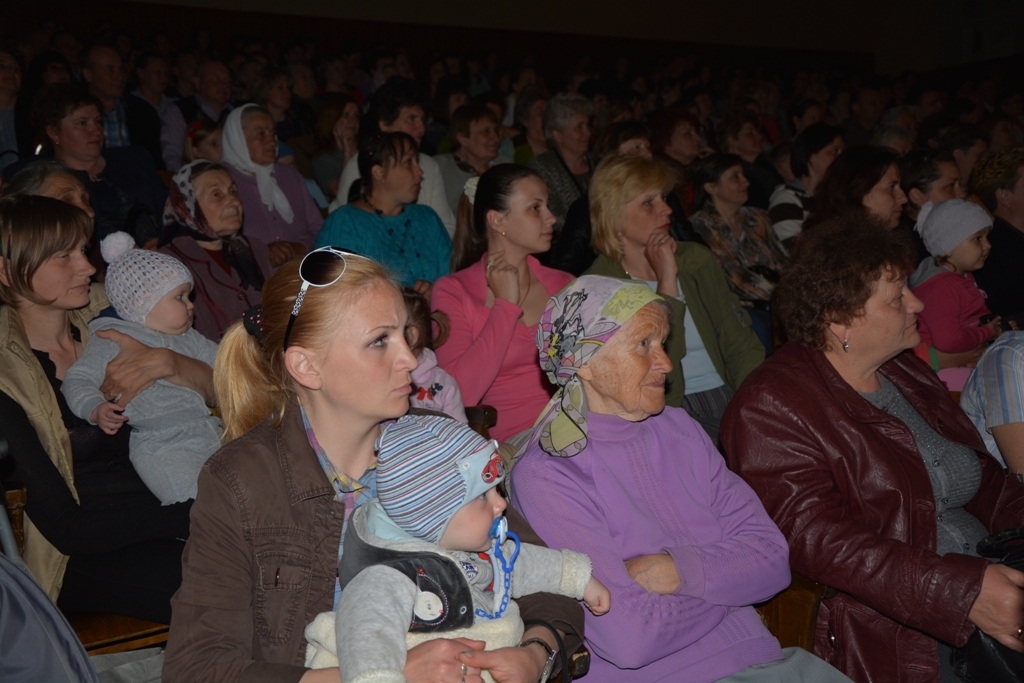