The Territorial Centre of Social Services in Turiisk district provides social services to the lonely and disabled people, ATO combatants, people with disabilities, and other socially vulnerable groups that are in difficult straits.

“Our facility has been working for more than 20 years. In general, the structure of the Territorial Centre consists of four departments: social aid at home, psychosocial support, management for providing targeted in-kind aid and financial help, the department of social care for permanent residence in the village of Lukiv. To be in step with the times, we have decided to take part in project activities. In 2015, thanks to the collaboration with the Regional Council, we equipped a halotherapy room, so-called salt mine. And in 2016 together with Ihor Palytsia’s Foundation “Tilky Razom” we bought Bubnovskyi exerciser, an apparatus for the preparation of singlet-oxygen mixture (foam), and Liapko applicator”, – Viktor Mazurak, a director of the facility has told. 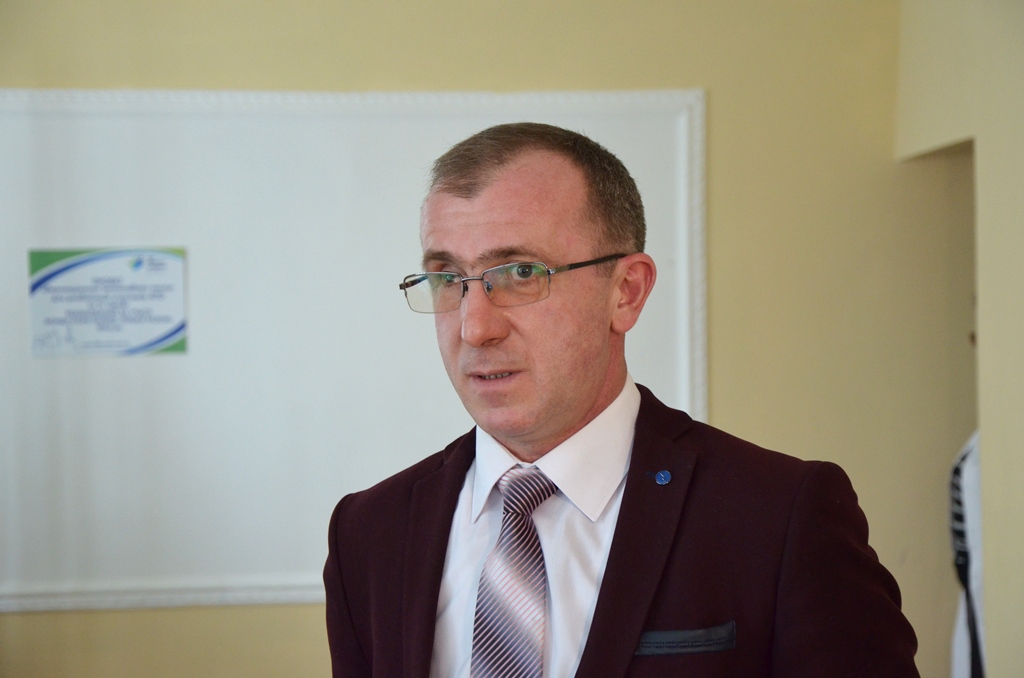 Now, ATO combatants and disabled citizens of Turiisk district can recover physical and mental health staying in the district center. The local Territorial Centre of Social Services has all necessary conditions and skilled professionals for this. Citizens of Turiisk that get recovered here, compare the Centre with mini-sanatorium. For good reason.

Salt Mine, Phytotea and Aromatherapy Sessions

Respiratory diseases and skin ailments are effectively treated in a salt mine. In the room of psychological relief the personnel perform aromatherapy session and makes medical phytotea. In the room of innovating services all who wishes can be taught to use Internet by means of computers or smart phones. Which is interesting, the frequenters of these classes are the elderly who want to talk to their children and grandchildren online. 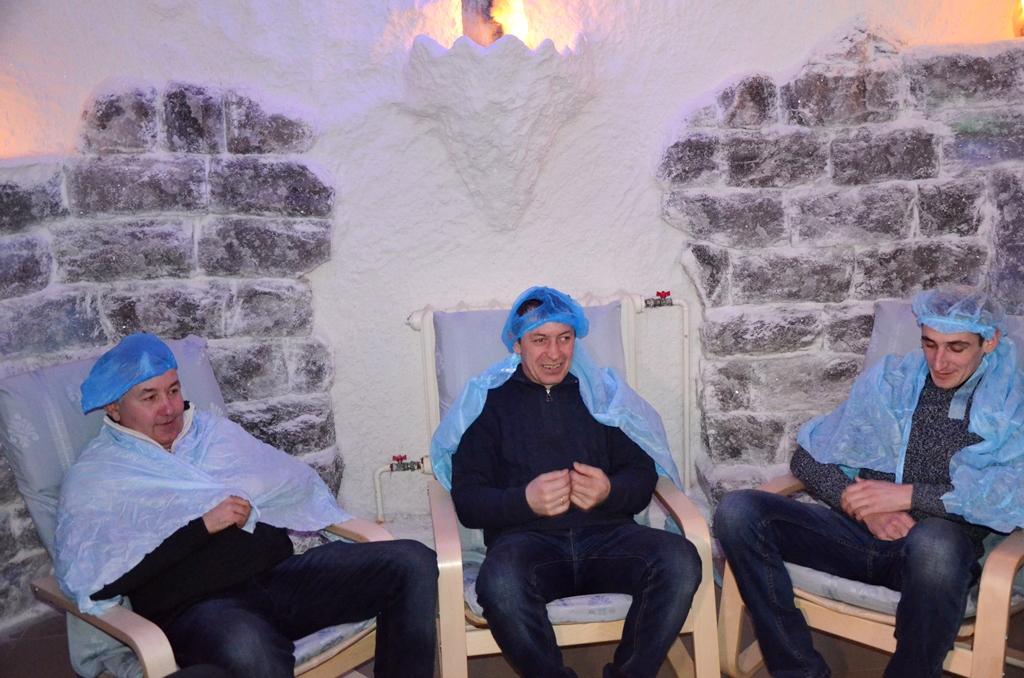 There is an exercise bike, Yevminov prophylactic training device, wall-mounted ladder, massage chair, and dumbbells in the room of physical rehabilitation. But the ATO combatants that exhausted health in military operations, needed to train on Bubnovskyi exerciser. 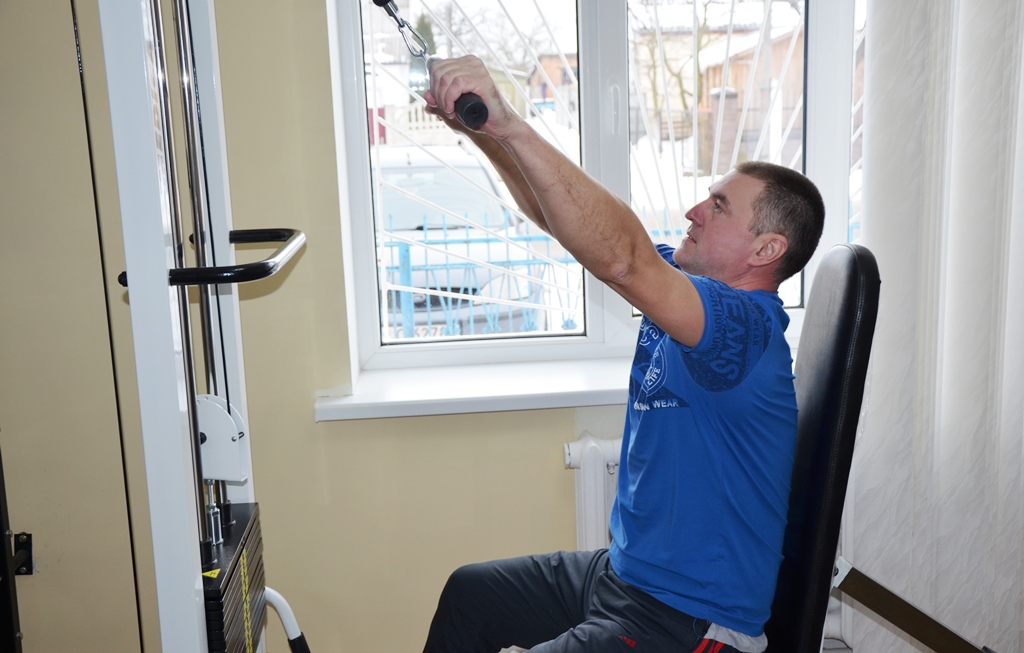 “When you are wearing bullet-proof jacket during a year, your back starts showing itself, – Serhii Khomych, an ATO combatant and Deputy Head of NGO “Bulat” ATO Combatants Union” states. – Training on Bubnovskyi exerciser allows strengthening back muscles”.

Nina Shevchuk, a citizen of Turiisk, has got problems with the hip joint. Doctors said that the woman must undergo surgery. But Nina Shevchuk got to know that Bubnovskyi exerciser can help her. She was ready to go to Lviv or Kyiv for rehabilitation course. But when Bubnovskyi exerciser appeared in Turiisk, she started training regularly. Having developed a course of exercises together with the doctor, Nina Shevchuk can walk on her own feet without leaning on the stick. 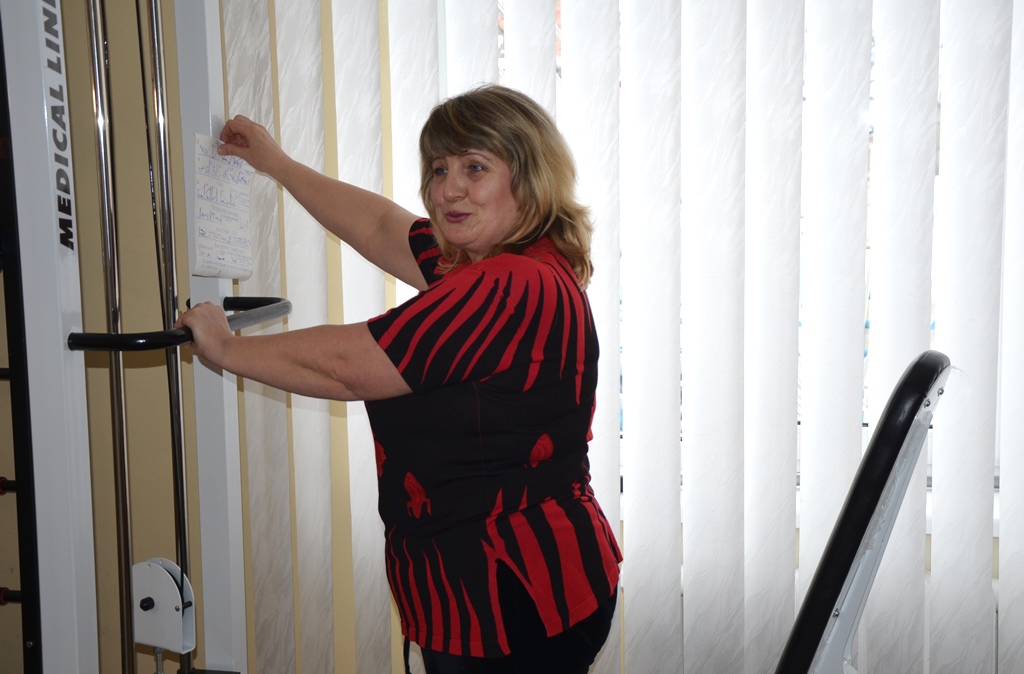 According to Olha Vdovychenko, a therapist of the Territorial Centre, training on Bubnovskyi exerciser allows recuperating musculoskeletal system. Working on a specific technique, osteochondrosis and herniation of intervertebral disk can be cured.

“The main feature of Bubnovskyi exerciser is that you do all exercises on the horizontal. Thanks to antigravitational impact, joints unload and muscles strain maximally. In each position different groups of muscles and bones are filled with oxygen. It is very useful when you have spine diseases. The right strain helps better than expensive pills and injections”, – Olha Vdovychenko says.

Purchasing Bubnovskyi exerciser was pushed forward by the employees of the Territorial Centre headed by a psychologist Olena Shadura.

“In April of last year we opened a new unit of psychosocial support for ATO combatants and members of their families. The majority of soldiers are here after wounding and shell shock. First of all, they need physical rehabilitation. Many of the men are coming from neighboring villages“, – the psychologist explains. 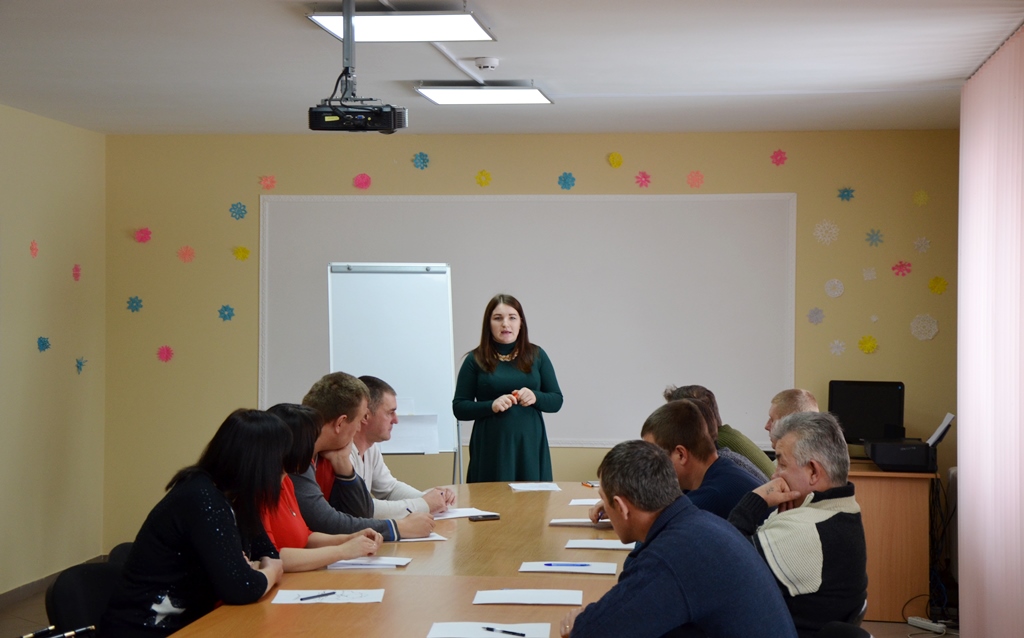 “During military operations in the East of Ukraine, about 600 citizens of Turiisk district were mobilized. As of the 1st of July 2016, 450 people were mobilized, and 21 among them have got a muscle-skeleton disorder as a result of wounding. To avoid muscle being atrophied, they need to be worked up. The doctor has explained that the best result is achieved after training on Bubnovskyi exerciser, so people accepted co-financing. As part of the project, Liapko applicators and an apparatus for the preparation of singlet-oxygen mixture (foam) were bought”, – says Olena Mazurak, a Head of Turiisk branch of Ihor Palytsia’s Foundation “Tilky Razom”.

Olha Vdovychenko accents: oxygen foam, which is made from licorice root syrup and herbal infusion, has a general stimulating effect and enriches the blood with oxygen. Liapko applicators help release from pain and improve blood circulation. After a few minutes of massage with the roller applicator, physical trainings become far more effective. 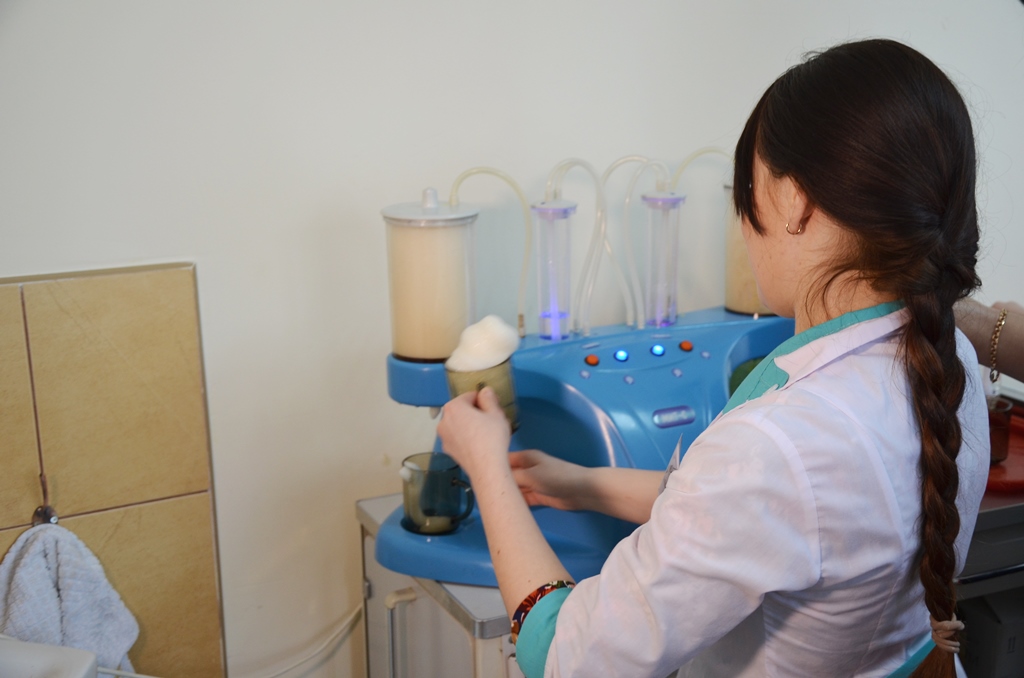 Therefore, with the assistance of Ihor Palytsia’s Foundation “Tilky Razom” and concerned people, complex physical rehabilitation of ATO combatants and members of their families has become more effective. 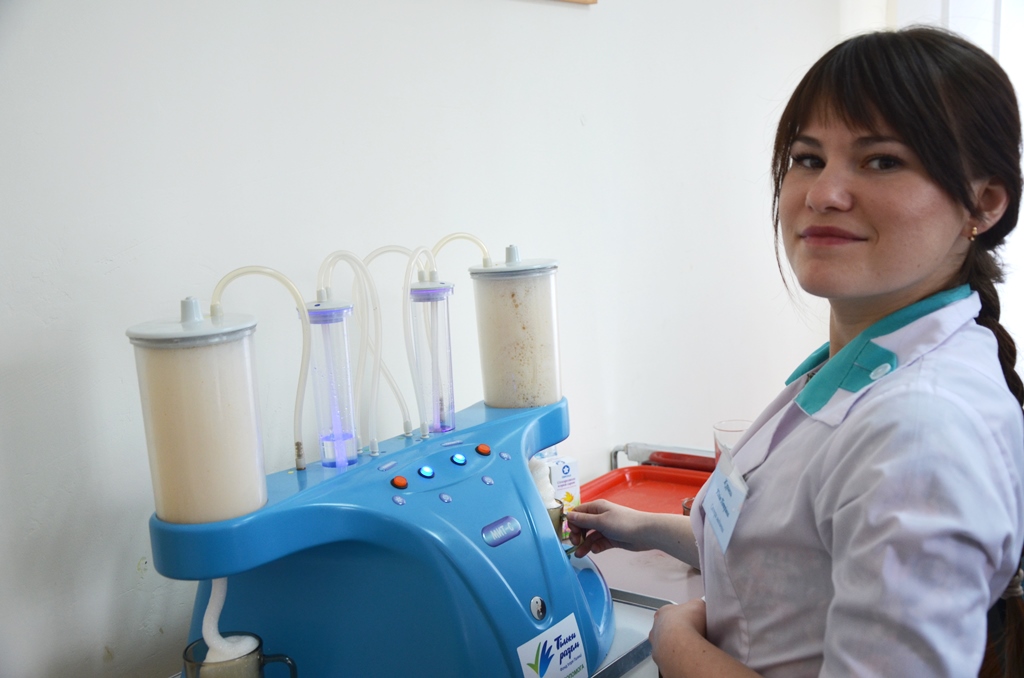 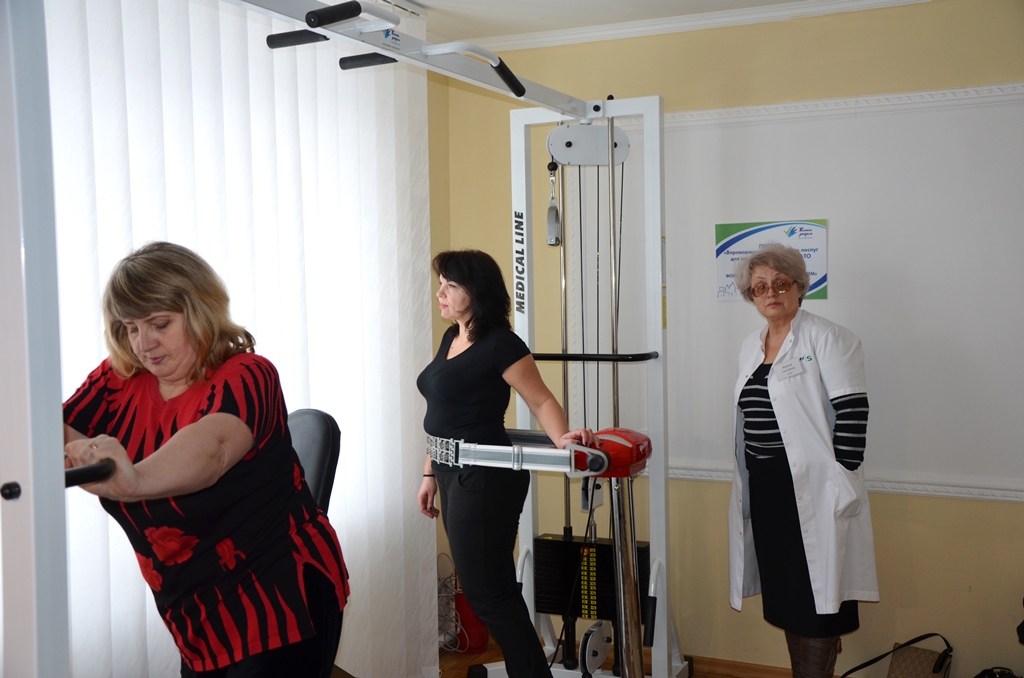 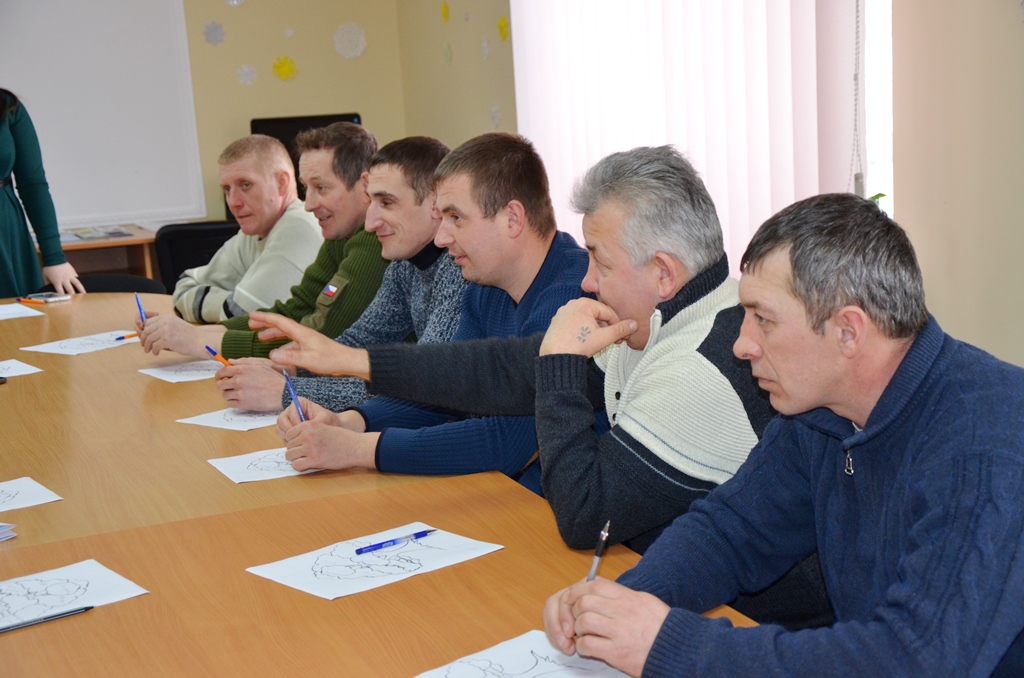 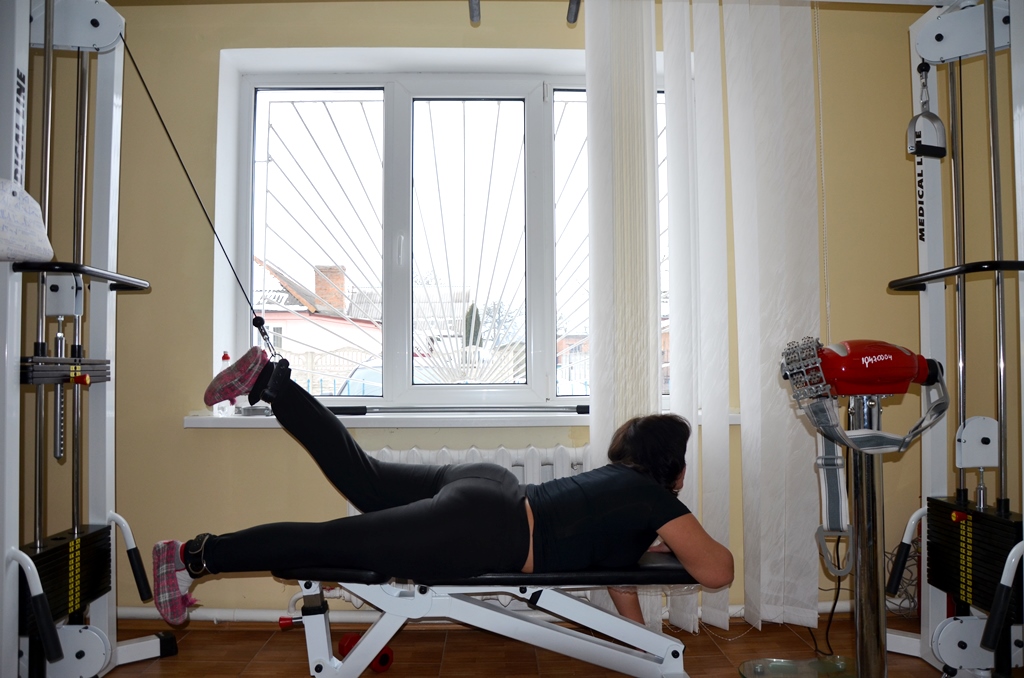