Housing cooperatives (Condominiums) are one of the most effective forms of housing management. The residents of Lutsk multi-storey buildings that have become the hosts of a common house see that every day. Nowadays, there are more than 300 condominiums in the city. One third of them, starting from July 2015, was created with the assistance of the “Offices of Neighborhood Development” of Ihor Palytsia’s Foundation “Tilky Razom”.

During this time in the buildings that have formed Housing Cooperatives, energy preservation measures have been brought: filament lamps were changed into energy-saving ones, new doors and windows were installed, individual heating units were installed, as well as children’s playgrounds were equipped and residential and public landscaping was done, etc. as a result, the residents have more comfortable housing conditions for less money. They themselves choose first-order problems, look for the best way of tackling them, and raise additional money for renovating or modernization. They get help from the experts of the “Offices of Neighborhood Development” as part of the “Condominium Advancement” project, which is implemented by Ihor Palytsia’s Foundation “Tilky Razom”. 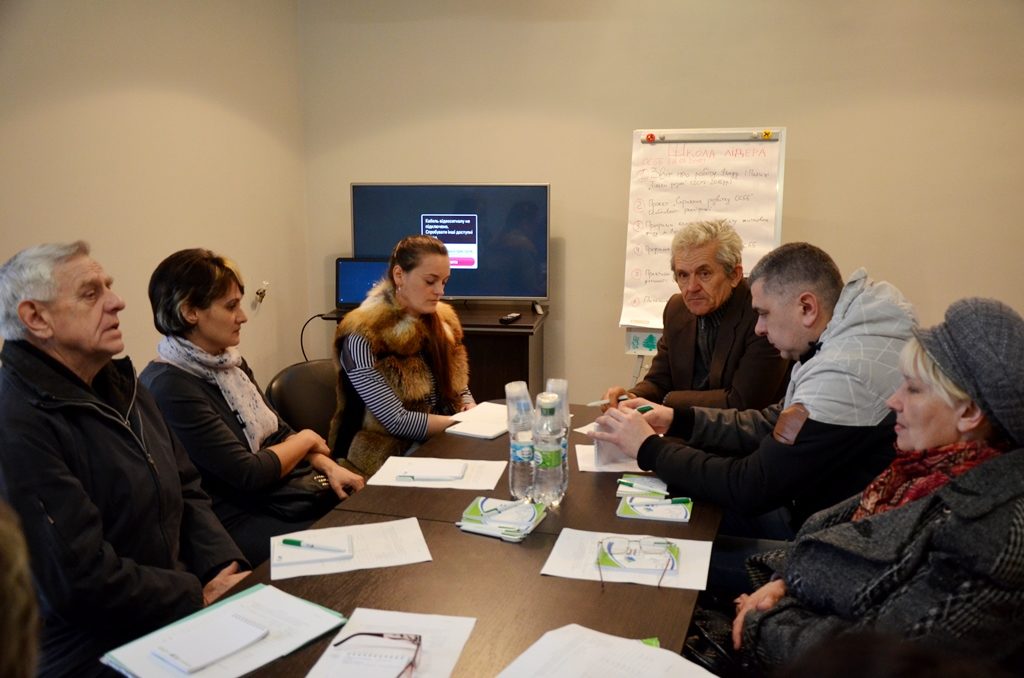 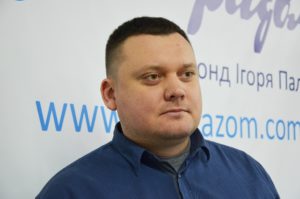 According to Oleksandr Zharykov, a Coordinator of the “Centre of City Development”, every month about 700 citizens of Lutsk come to the “Offices of Neighborhood Development” with different questions. They are consulted there, get information about city and state programs and changes in the Law. There are many questions about forming a Condominium and supporting those already formed, about taking part in projects and programs and financial aid. Apart from Condominiums, with the assistance of the “Offices of Neighborhood Development” (OND) four “Public Self-Organization Bodies” (PSOB) have been created and work in Lutsk, which are going to solve housing problems together.

Forming Condominium or PSOB, people often do not know where to start, what documents they need, where to apply for registration and personnel affairs. That is why a year ago on the basis of OND a “School of Condominium Leader” program was started, which gives answers to many questions of present interest. The study is useful for both heads of newly created Condominiums and those who have already started to work. 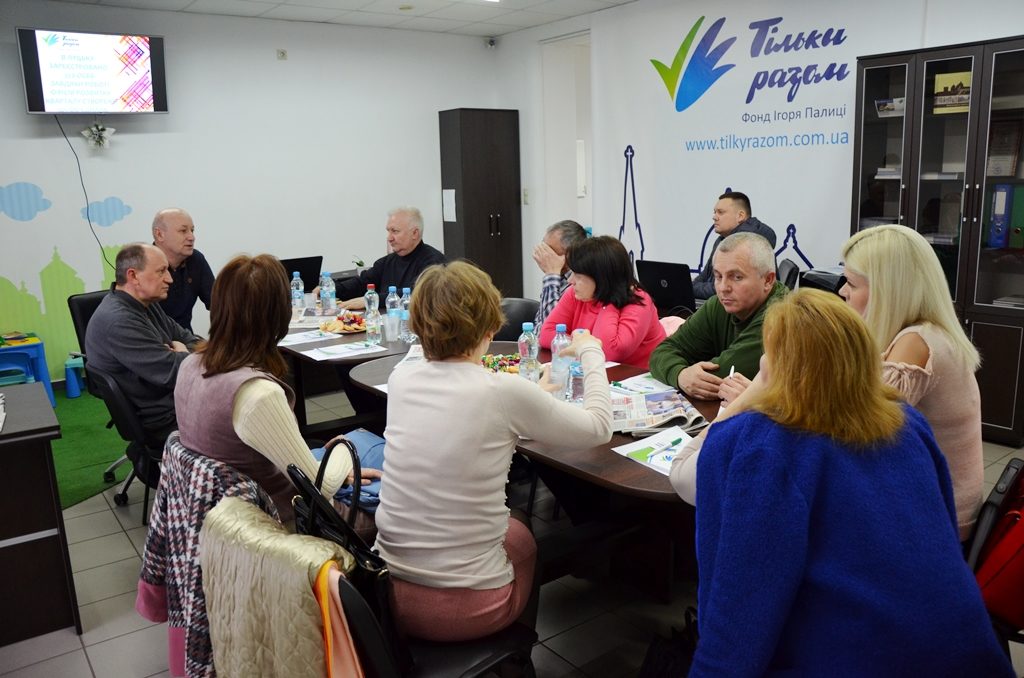 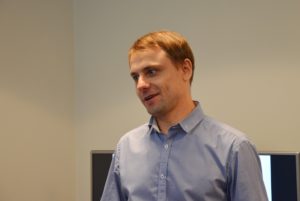 “Almost every quarter together with the heads of Condominiums, whom we helped to form the cooperatives, we assemble at the “School of Condominium Leader” in the “Offices of Neighborhood Development”. Both new and those who have the managing experience come to our classes. We talk about new financial opportunities of the cooperatives, set up major problematic, suggest ways of solving problems to give people a start and improve living conditions in their houses. Each head of the Condominium knows that can apply to the “Office of Neighborhood Development” with a project aimed to improve the general state of the building or neighboring territory, and we will consider that project. Our main goal is to teach, give practical advices and support,” – said Andrii Kremskyi, a Coordinator of the “Condominium Advancement” project.

In March the studying and report on the Foundation’s work took place at five “Offices of Neighborhood Development”. The arrangement was visited by almost all heads of Condominiums created with assistance from Ihor Palytsia’s Foundation “Tilky Razom”. There was also Valerii Korpach, a member of the board of NGO “Council of Chairman of the Board of Lutsk Condominiums”. 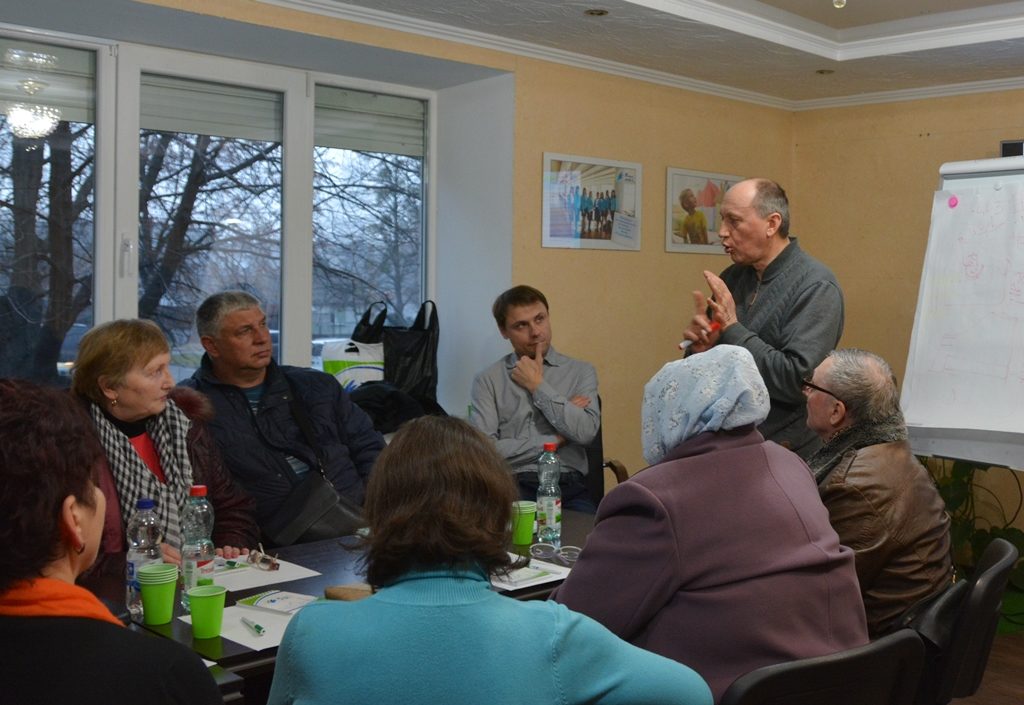 “School of Condominium Leader” at 37 Hordiiuk Street gathered 15 heads of Condominiums together. After the project and the report of the Foundation had been presented, they dialogued diligently, let the problems be known, talked about tariffs, and shared their experience.

The Head of the “Office of Neighborhood Development” at 37 Hordiiuk Street, Inna Karmanchykova said that more effective work is being done with already formed Condominiums, which have found the account in their efficiency. Setting collaboration with newly created Condominiums is in progress through gatherings of house residents, consulting and primary legal aid.

Oleh Kochkin, a Head of the “Office of Neighborhood Development” at 47a Kovelska Street, stated that such studies are arranged at their office for the twentieth time. 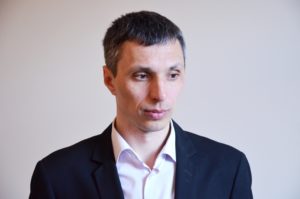 “The trainings under the “School of Condominium Leader” are integrated. We have gathered the Heads of Condominiums of several microdistricts, both newly created and those that have been working for more than a year. It should be noted that recently people have become more proactive, are more often interested in projects that can be carried out with borrowed capital,” – said Oleh Kochkin.

The owner, who takes care of his house, keeps it clean and in good condition, tries to make optimal use of resources, while keeping up with the times, to implement energy efficiency measures, and to use innovative approaches. This is the “School of Condominium Leader” that teaches the citizens of Lutsk wise economy management. 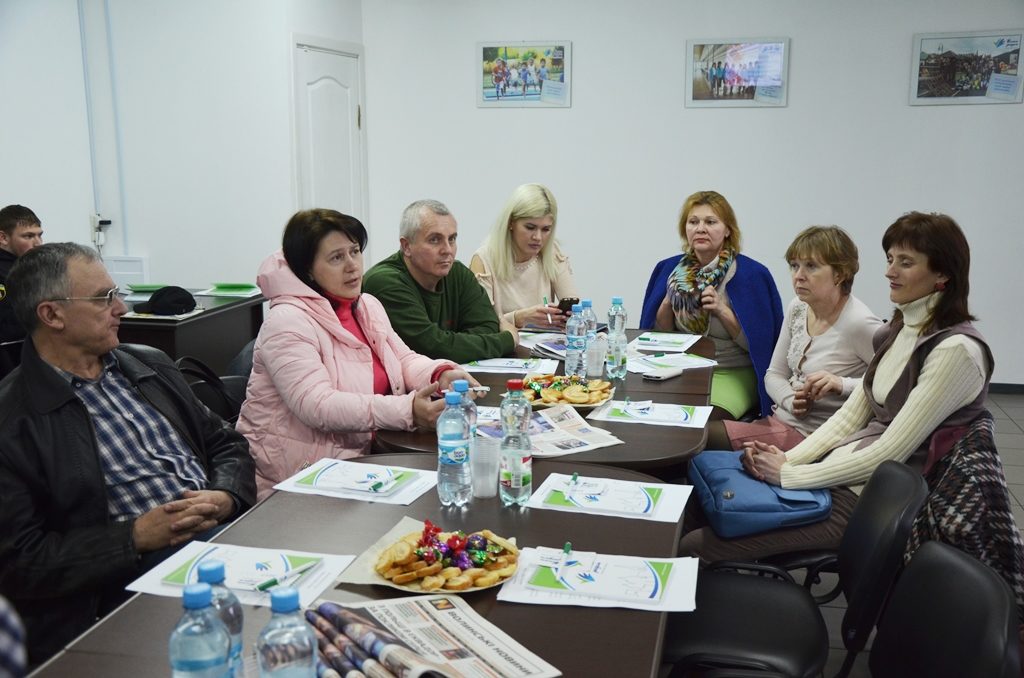 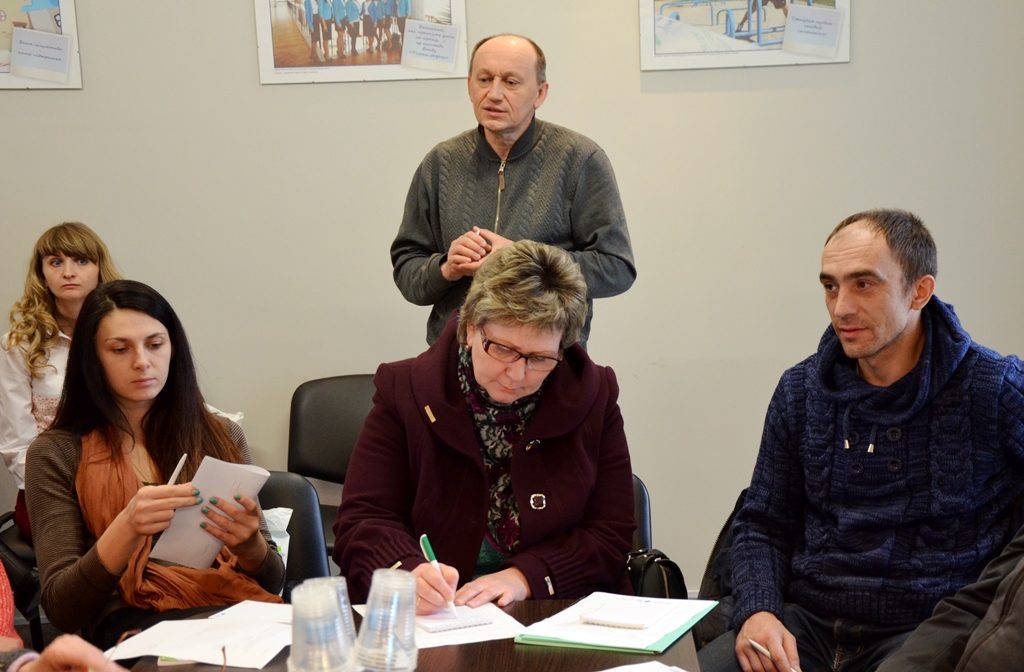 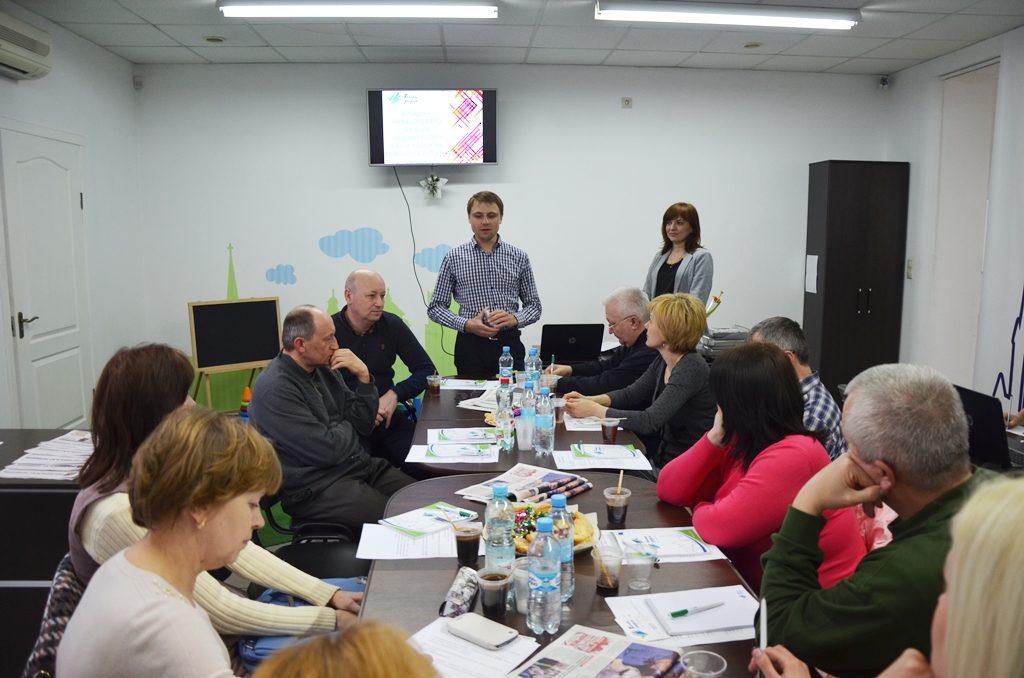