At the leasure base near the picturesque lake Somyne, the 9th Volyn Teenage Festival was held. Summer camping was supported by the Regional Charity Fund “Preobrazhennia” in cooperation with the Volyn Regional Evangelical Christian Baptist Union. During five days more than 400 boys and girls were actively relaxing, trained and learning the Bible.

According to Yurii Mykhalchuk, a pastor of the “Fimiam” church and a director of the 9th Volyn Teenage Festival, each year these meetings are special in their own way.

Since 2011, Ihor Palytsia’s Foundation “Tilky Razom” has been implementing interesting programs in the fields of education, medicine, culture and sports. Support for your festival takes place within the framework of the “Culture and Spirituality” program. Children not only relaxed and gathered their strength, but also learned about the history of the Reformation, its influence on the cultural and spiritual development of society, – said Dmytro Zinko, a coordinator of the “Culture and Spirituality” program of Ihor Palytsia’s Foundation “Tilky Razom”. 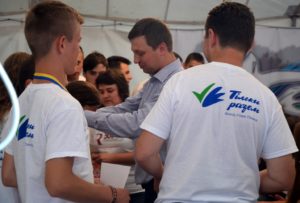 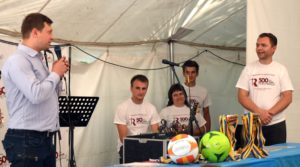 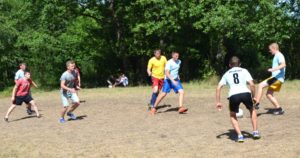